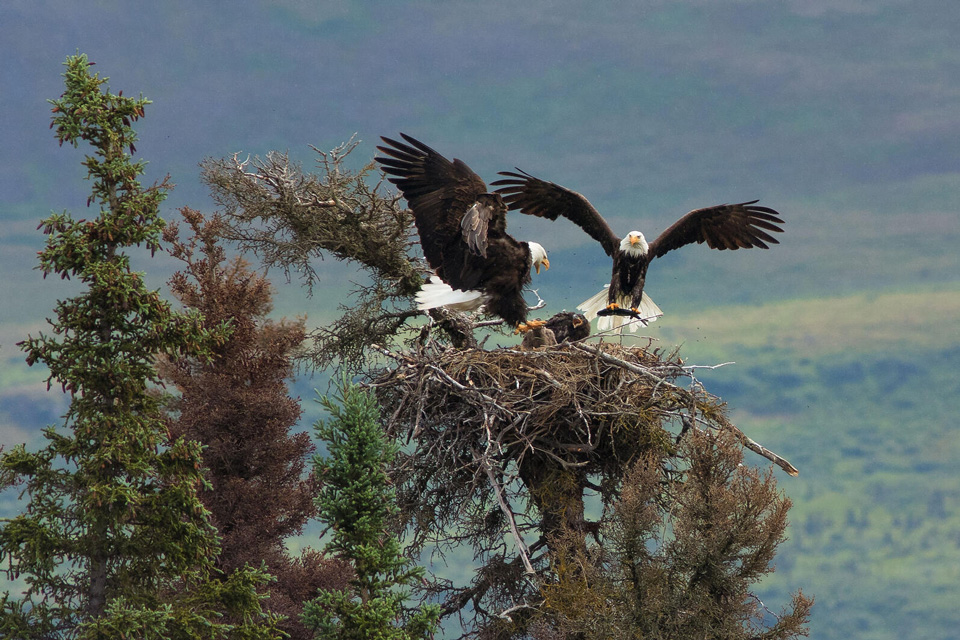 July 6, 2020 - WASHINGTON - “Americans want economic growth with environmental and social benefits and this legislation checks all those boxes,” said David Yarnold, president and CEO of the National Audubon Society. "This bill is a sign of our changing times: strengthening infrastructure is a no-brainer, but now so is the need for clean energy and understanding the impact on communities that are suffering the most from climate change. It’s refreshing to see a stimulus package that looks like the future. These investments will create jobs and build a more resilient economy and stronger communities that protect birds, conserve water, restore wetlands, and reduce emissions.”

The U.S. House of Representatives passed the Moving Forward Act last week, which includes more than $1.5 trillion in infrastructure investments. The legislation directs investments to programs that encourage and fund green- and nature-based solutions for reducing stormwater pollution and protecting vulnerable infrastructure systems, and investments to expand clean energy to reduce carbon pollution from critical sectors like transportation, buildings, and electricity.

Among the investments in the bill were key protections for birds and wildlife, including amendments that incorporated the Bird-Safe Buildings Act and Recovering America’s Wildlife Act.

“These bills are among the best examples of bipartisan conservation leadership and as we invest in building infrastructure their addition will help protect vulnerable wildlife, including bird species like the Golden-Winged Warbler and Black Tern,” said Sarah Greenberger, senior vice president for conservation policy, National Audubon Society.

The House of Representatives also voted to include an amendment offered by Rep. Rashida Tlaib of Michigan that would require the federal government to analyze how infrastructure planning, design, and engineering affect communities that are already disproportionately affected by climate change, including communities of color.

“We supported the addition of Rep. Tlaib’s amendment and applaud its inclusion in the final bill,” said Greenberger. “Too often vulnerable communities suffer the most from the effects of climate change and pollution, and can even be negatively impacted by seemingly beneficial infrastructure projects. This is an important and necessary step toward better understanding those impacts.”

“We urge the Senate and the President to take the opportunity the Moving Forward Act presents to seriously focus on how together we can rebuild better,” added Yarnold.

You can read more of Audubon’s analysis of the Moving Forward Act here.

About Audubon
The National Audubon Society protects birds and the places they need, today and tomorrow. Audubon works throughout the Americas using science, advocacy, education, and on-the-ground conservation. State programs, nature centers, chapters, and partners give Audubon an unparalleled wingspan that reaches millions of people each year to inform, inspire, and unite diverse communities in conservation action. A nonprofit conservation organization since 1905, Audubon believes in a world in which people and wildlife thrive. Learn more at www.audubon.org and on Facebook, Twitter and Instagram @audubonsociety.
Source: Audubon