U.S. Secretary of the Interior David Bernhardt Designates Margaret Everson to Exercise the Delegable Authority of the Director of the National Park Service

August 8, 2020 - WASHINGTON – On Friday, U.S. Secretary of the Interior David L. Bernhardt announced the designation of Margaret Everson to exercise the delegable 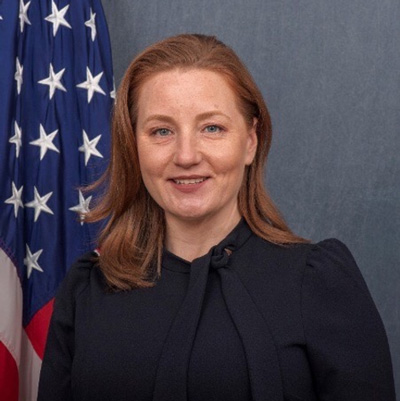 “David Vela has served the public for 30 years and announced his upcoming retirement today. He has always been committed to the mission of the National Park Service, and I wish him well with his future endeavors,” said Secretary Bernhardt. “Margaret Everson is a great leader who will provide a steady hand as this transition takes place for the National Park Service.”

In addition to her role as Counselor to the Secretary, Ms. Everson served as Principle Deputy Director of the Fish and Wildlife Service. Prior to rejoining the Fish and Wildlife Service, she worked as Ducks Unlimited’ s Chief Policy Officer for four years. Ms. Everson received her Bachelor of Science in biology with a concentration in marine biology from St. Francis College and her Juris Doctorate from Vermont Law School.

Ms. Everson has served in a variety of roles that touch wildlife, conservation and natural resources matters. Prior to joining Ducks Unlimited, she worked as a consultant for state agencies, as well as an assistant attorney general of Kentucky and general counsel for the Kentucky Department of Fish and Wildlife Resources. From 2006 to 2008, Margaret was appointed by the Secretary of the Interior to serve as counselor to Dale Hall, then Director of the Service.

Prior to joining the Service, Margaret was with the Department of the Interior’s Solicitor’s office for four years. Margaret is the former chair of the American Wildlife Conservation Partners.

Shawn Benge will be the deputy director for operations when Mr. Vela retires in September.
Source: DOI