For more than three years, the National Park Service has been without a Senate-confirmed director.

August 8, 2020 - Washington, DC – On Friday, after 30 years with the National Park Service (NPS), David Vela unexpectedly announced his plans to step down. In an email to NPS staff, he announced that Margaret Everson will take on the role as acting director of the Park Service. 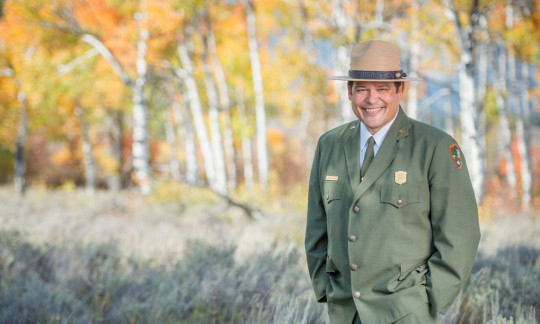 “We thank David Vela for his decades of service to our national parks, and we look forward to learning more about Margaret Everson’s priorities for our parks and their staff.“

“Without a permanent, emboldened director, there’s no one to speak for our parks and park staff. And it’s our parks and public lands, and all who visit them that pay the price. Our national park rangers, and the American people, deserve nothing less than a fully empowered leader approved by Congress to perform his or her duties to ensure the best protection and future for our national parks.”

About The National Parks Conservation Association: Since 1919, the nonpartisan National Parks Conservation Association has been the leading voice in safeguarding our national parks. NPCA and its nearly 1.4 million members and supporters work together to protect and preserve our nation’s most iconic and inspirational places for future generations. For more information, visit www.npca.org.
Source: NPCA