Forest Service Wildland Fire Smoke/Air Quality Outlook Due to the Creek Fire in the Yosemite Area for October 28 & 29, 2020

October 28, 2020 - The U.S. Forest Service reports smoke and air quality outlook for the San Joaquin-Yosemite areas, due to the Creek Fire.

Smoke: Strong winds yesterday prevented heavy smoke from accumulating across the region. As we transition from Mono Winds to a more terrain-driven diurnal wind pattern, the potential for smoke to build up during the day and overnight hours increases. Cleanest areas will be east and north of the fire perimeter, including Bishop, Mammoth Lakes, Lee Vining, and Tuolumne Meadows. Heaviest smoke impacts will be southwest of the fire along the San Joaquin River drainage, including North Fork and Prather. Areas along the foothills will see Moderate to Unhealthy for Sensitive Groups conditions today and tomorrow, with peak smoke impacts during the late morning to mid afternoon hours. As this diurnal pattern sets in, daily smoke accumulation is expected with minimal dispersion developing by the weekend. 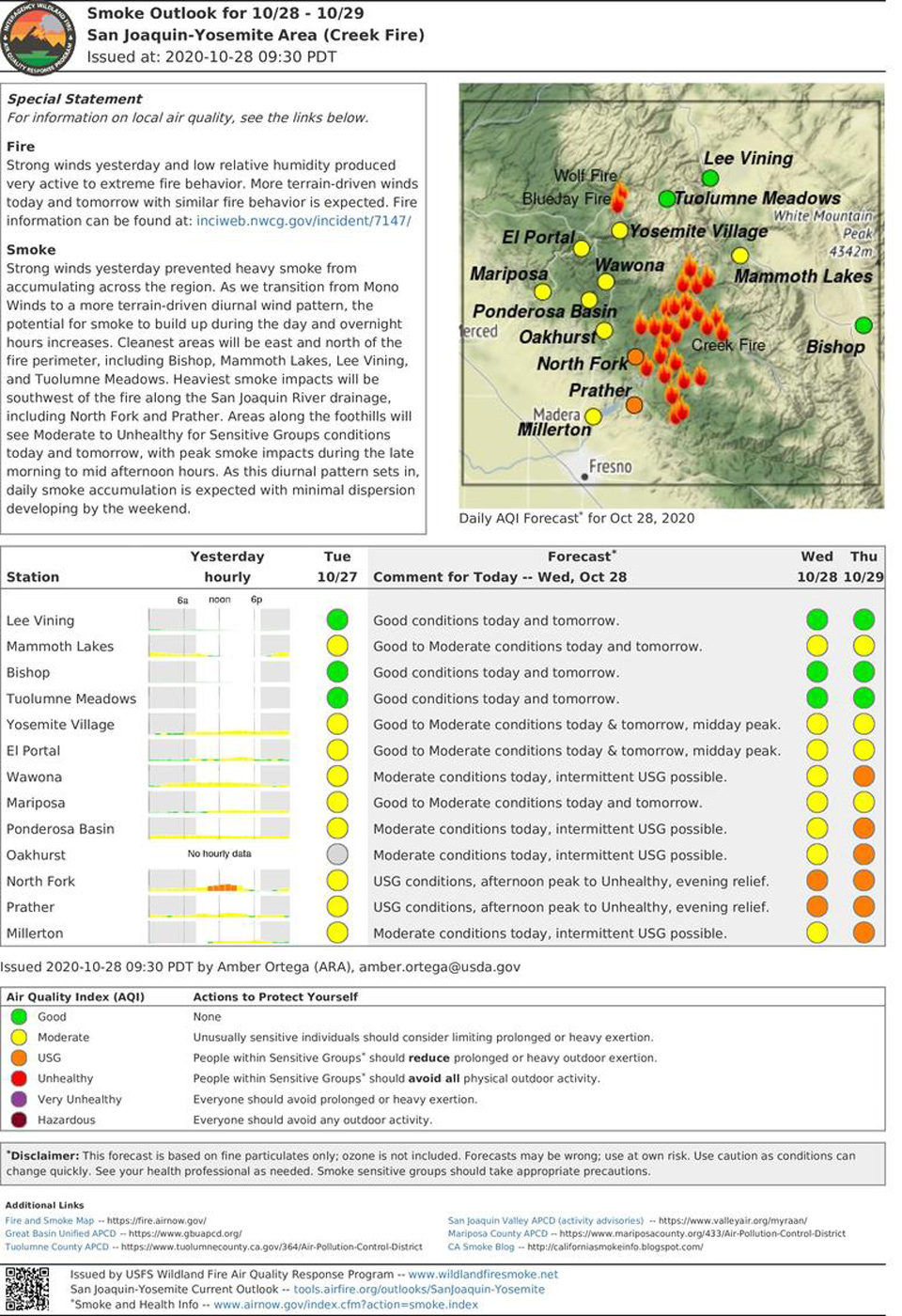