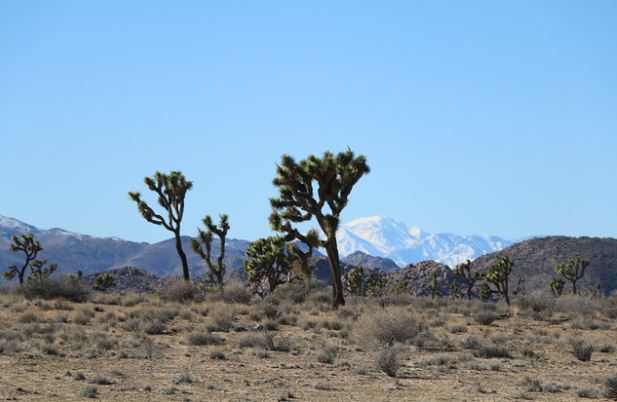 February 23, 2021 - FRESNO, Calif.— A Fresno County Superior Court judge has rejected an effort by construction and real estate interests, along with the

city of Hesperia, to strip away legal protections that currently apply to the imperiled western Joshua tree.

“This is a critical victory for these beautiful trees and their fragile desert ecosystem,” said Brendan Cummings, the Center for Biological Diversity’s conservation director and a Joshua Tree resident. “If Joshua trees are to survive the inhospitable climate we’re giving them, the most important thing we must do is protect their habitat, and this decision ensures recent protections will remain in place.”

On September 22, 2020, the California Fish and Game Commission unanimously voted to grant western Joshua trees candidate status under the California Endangered Species Act, giving them legal protection during a yearlong review to determine whether the species should be formally protected. The commission’s protection decision came in response to a petition from the Center.

On October 21, 2020, a coalition of interests opposed to protection of the Joshua tree filed a lawsuit in Fresno County Superior Court seeking to overturn the commission’s decision and moved to set aside the tree’s candidate status. In her ruling last week rejecting the stay request, Judge Kristi Culver Kapetan found that “it is clear to the court that a stay would be against the public interest.”

In rejecting arguments that threats to the species are not immediate, the court found “that the Joshua tree is under a real, significant and immediate threat from development, fire, drought, and climate change.”

The growing popularity of Joshua Tree National Park has spurred a building boom in Joshua Tree and adjacent communities, resulting in the widespread cutting down of the namesake trees to make way for vacation rentals and second homes. Recent state protection makes killing Joshua trees illegal absent special permits. Among the entities seeking to overturn state protection of western Joshua trees is the High Desert Association of Realtors.

“It’s a sad irony that the very real estate agents marketing the iconic beauty of Joshua trees are also leading the charge to kill them,” said Cummings. “Fortunately, their misguided and selfish lawsuit was not successful.”

The Fish and Game Commission is scheduled to make a final decision on listing the western Joshua tree as a threatened species by the end of the year. If the species wins permanent protection, state and local agencies will have to manage threats to them, including developing a recovery plan outlining a strategy to protect the species in the face of climate change and other threats.

While the direct killing of western Joshua trees by developers is the most visible threat, climate change and fire are also pushing the species towards extinction. Recent studies show Joshua trees are dying off because of hotter, drier conditions, with very few younger trees becoming established. Even greater changes are projected over the coming decades. Scientists in 2019 projected that the Joshua tree will be largely gone from its namesake national park by the end of the century.

Prolonged droughts are projected to be more frequent and intense over the coming decades, shrinking the species’ range and leading to more tree deaths. Higher elevations, where Joshua trees might survive increasing temperatures and drying conditions, are at risk of fire due to invasive non-native grasses.

Approximately 40% of the western Joshua tree’s range in California is on private land, with only a tiny fraction protected from development. Current projections show that virtually all this habitat will be lost without stronger legal protections for the trees.

“Before state protections went into effect, developers were bulldozing Joshua trees by the thousands to build roads, powerlines, strip malls and vacation rentals,” said Cummings. “If these beautiful plants are to have any hope of surviving in a warming world, we have to stop killing them. The California Endangered Species Act may be the only hope for saving these iconic symbols of the Mojave Desert.”