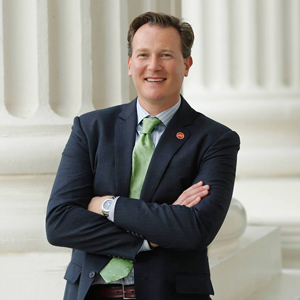 Governor Gavin Newsom and legislative leadership to include an additional $2.1 billion in economic relief for small businesses and nonprofits in an emergency budget measure, known as Senate Bill 87, which achieves the $2.6 billion goal of SB 74. Senate Bill 87 was approved unanimously by the Legislature on Monday and is expected to be signed by Governor Newsom on Tuesday per his press conference in Kern County on Monday morning.

The approval is a victory for struggling small businesses and nonprofits in need of economic relief due to the COVID-19 pandemic. In December 2020, Senators Andreas Borgeas (R-Fresno) and Anna Caballero (D-Salinas) immediately introduced the Keep California Working Act, which proposed to invest $2.6 billion of California’s unanticipated revenue in one-time grants for small businesses and nonprofits impacted by COVID-19.

“The Keep California Working Act proved that when legislators put aside partisan differences, we can accomplish great things and deliver for the people of California,” said Senator Borgeas. “I would like to personally thank Senator Anna Caballero and Assemblywoman Cottie Petrie-Norris, members of our staff who worked on the bill, the supporting organizations, and the sixty-one other legislators who signed on to the Keep California Working Act.”

“Last year we set out to deliver relief funds to small businesses and nonprofits in an expedited fashion, and we were successful in influencing the Governor and legislative leadership to include our proposal in the budget within three short months – an atypical timeline by Sacramento standards,” added Senator Borgeas. “Now, I am counting on the Governor’s administration to get this money into the hands of small businesses and nonprofits in need.”

Senate Bill 74 earned support from more than half the Legislature and more than 80 chambers of commerce, cities, counties and business associations. Senator Borgeas worked tirelessly with his colleagues to successfully build a bipartisan coalition of support and demonstrate the need for greater capital investment to keep California’s job creators afloat.
Source: Senator Andreas Borgeas