March 5, 2021 - SACRAMENTO – With another hot and dry fire season on the horizon and potential drought settling in over California, preparedness 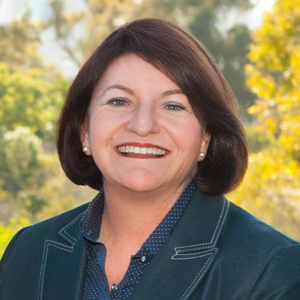 efforts throughout the state are underway. In anticipation of this, Senate President pro Tempore Toni G. Atkins (D-San Diego) and the Senate’s Wildfire Working Group have released a plan and introduced a budget framework to prioritize fire prevention and response efforts.

The “Blueprint for a Fire Safe California” is a comprehensive policy outline that includes a four-pronged approach to wildfire resiliency and response for the Golden State.

“With more than 11 million Californians living in high-risk fire zones, and learning from past fire seasons, we know that we have to do all we can to help protect our communities and natural resources from potential devastation,” Pro Tem Atkins said. “I appreciate the leadership of Senators Rubio and McGuire on these pressing issues, and the hard work by my colleagues in the working group, who have dedicated countless hours to crafting legislation and this comprehensive plan.”

California has experienced record devastation wrought by the worst wildfire seasons in history over the past decade. In 2020, more than 4 million acres – 4 percent of land in California – burned in a record-setting year. The smoke from these fires generated the equivalent emissions of 28 million vehicles and blanketed many parts of the state with unhealthy smoke for weeks.

The plan hinges on four key areas of focus: Training and deploying a fire resiliency workforce; implementing a modern-day vegetation, forest management, and community hardening plan; expanding consumer access to the homeowners’ insurance market; and developing a short and long-term funding plan here in the State of California.

The policy priorities outlined in the Senate’s plan will be accomplished through legislation and the budget.

As part of the Blueprint, the State Senate Budget Subcommittee on Resources, Environmental Protection and Energy approved a $573 million budget framework on wildfire prevention and response on Tuesday. This framework lays out the Senate's Budget Subcommittee priorities for early budget action and builds upon Governor Newsom’s $323 million early budget proposal. This fiscal framework will be part of negotiations to move a wildfire prevention and response budget bill in the coming weeks and not wait until the traditional budget approval process in June.

The full “Blueprint for a Fire Safe California” can be found here.

Here is what the Senate’s Wildfire Working Group says about the Blueprint:

Wildfire Working Group Co-Chair Senator Mike McGuire: "California is experiencing a never ending crisis every summer and fall, losing tens of thousands of homes over the last decade and millions of acres of land burned over by massive wildfires. The Legislature and Governor must move with urgency to pass an early budget focused on wildfire prevention and response in the coming weeks, along with a legislative package that will make communities more resilient to the size and scope of mega fires. The Senate is committed to both these actions and this Blueprint lays out an aggressive plan to help keep Californians safe and our communities strong.”

Wildfire Working Group Co-Chair Senator Susan Rubio: "California needs a clear, comprehensive strategy to prevent the massive wildfires that endanger so many of our communities, ” said Senator Susan Rubio. “As Co-Chair of the Senate’s Wildfire Working Group, I worked diligently with my colleagues to come up with real, long-term solutions to combat climate change, promote forest health and restoration, manage vegetation, and invest in a well-trained workforce to clear fuel, reduce risk, and strengthen wildfire emergency response. And as Chair of Senate Insurance Committee, I know that these efforts, which include home hardening, will lead to increased access to more affordable insurance plans for homeowners.”

Senator Ben Allen: “We experienced the worst fire season in state history again last year with heavy smoke choking our air that triggered street lamps to flicker on in the middle of the day. Each year, we are reminded of how much work we have ahead to combat our worsening wildfire crisis,” said Senator Ben Allen (D – Santa Monica). “The Blueprint For a Fire Safe California can help guide our conversations as we strive to bolster our state’s resiliency. It will help us to focus our efforts on a variety of critical wildfire issues, from vegetation management to home-hardening, and from combating problems of underinsurance to identifying funding needs.”

Senator Monique Limón: “We continue to see record-breaking wildfires in California; this past year, over 4.2 million acres burned. I have witnessed the devastating effects of wildfires in my district and surrounding areas. Finding solutions and adaptations to a year-round fire season is critical in order to help Californians. We know that part of those solutions include having a substantial firefighting workforce, an eco-conscious vegetation management plan, and a sustainable homeowners insurance market.”

Senator Bill Dodd: “Preventing and preparing for wildfire is absolutely essential given the devastation and tragic loss of life we have witnessed in California over the past five years,” said Sen. Bill Dodd, D-Napa. “This plan lays the groundwork for hardening our state against future infernos, enhancing our firefighting forces and improving access to affordable homeowners’ insurance. I look forward to working with my legislative colleagues to make our state safer for all.”

Senator Nancy Skinner: “The blueprint provides a framework for the issues California needs to address to be as safe as possible from wildfires — from expanding our firefighting workforce to implementing vegetation management and community hardening plans,” said Sen. Nancy Skinner, D-Berkeley.

Senator Henry Stern: "Fire is the future of California. To live resiliently in this brave new climate era, we are going to have to fight fires before they start.  This blueprint aims to focus California’s attention on investing in the people who will lead this wildfire workforce, limit risky new development in high fire zones, and lays the groundwork for a Southern California focused strategy that is sensitive to local fire ecologies, and embraces community hardening, landscape restoration, and ember resistant zones to prevent wind-driven fires from decimating lives and property.”