and making fraudulent statements after the cars were involved in collisions in order to receive undeserved insurance payouts. Tangchaidee was not licensed or insured to rent vehicles, which he advertised on social media under the name “Gold Life Cars.”

The Department of Insurance launched an investigation after Tangchaidee’s auto insurance company suspected fraud following a collision involving his 2011 Maserati Gran Turismo. The investigation revealed Tangchaidee filed three suspected fraudulent claims involving his 2015 Maserati, 2011 Maserati and 2012 Rolls Royce. Tangchaidee rented out the luxury cars and later misrepresented the facts after the collisions because his insurance policies excluded rentals and the claims would have been denied. His alleged fraud resulted in a potential loss of over $100,000 to his insurance company. The accidents occurred in Orange and Los Angeles counties.

In June 2016, Tangchaidee’s 2015 Maserati was destroyed in a single vehicle collision when the driver collided with a raised center median. Tangchaidee filed a claim with his insurance company stating his friend was driving the car when the collision occurred. His insurance company deemed the 2015 Maserati a total loss and paid $53,787 to the lienholder.

In March 2017, Tangchaidee’s 2011 Maserati was destroyed when the driver who rented the car collided with two vehicles at a stopped red light. In April 2017, Tangchaidee claimed he damaged his 2012 Rolls Royce in a single-vehicle collision, but a witness refuted Tangchaidee’s claim.

Tangchaidee was arraigned on Friday, March 26, 2021. The Orange County District Attorney’s Office is prosecuting this case. 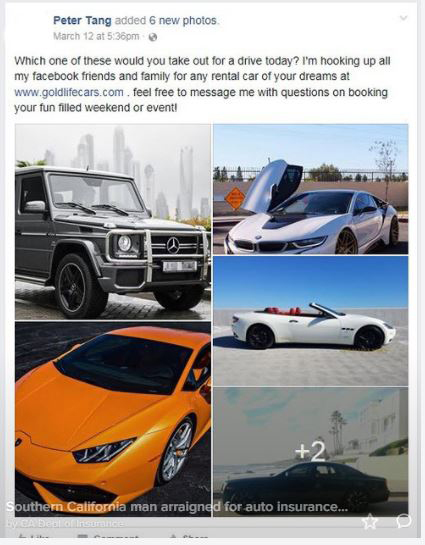 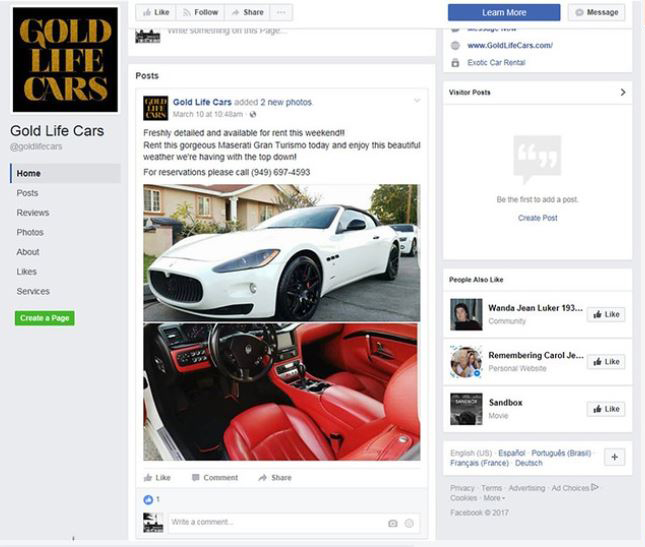