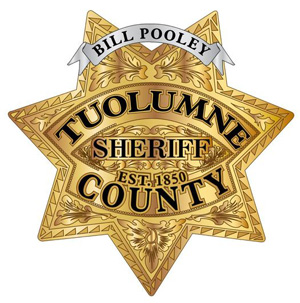 On Saturday afternoon, based on the information provided by the FBI, a traffic stop was conducted on Renteria in Willow Springs. The deputies did not find any weapons on Mr. Renteria but did find what appeared to be drug paraphernalia in his pocket.

During the deputies’ discussion with the man, Mr. Renteria admitted he contacted the FBI and made threats to carry out an attack in Tuolumne County. A search warrant was served at Mr. Renteria’s home where multiple firearms were located and seized.

Renteria was arrested for threatening to commit a crime that would result in death or great bodily injury to another person and booked into the Tuolumne County Jail.

The investigation is ongoing. Anyone with information related to this case is asked to contact the investigations division at (209) 694-2900.
Source: Tuolumne County Sheriff