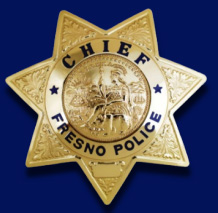 right extremist group "Proud Boys." This group is known for as engagement in violent criminal behavior and was designated as a hate group by the Southern Poverty Law Center. Within two hours of receiving the information, the administrafion acted and removed the officer's police powers, placed him on administrative leave, and an Intemal Affairs investigafion was launched. Effective today, the Fresno Police Department has separated itself from Rick Rtzgerald, and he is no longer employed with the City of Fresno as a police officer.

"Due to the legal constraints surrounding personnel matters, I am unable to give further detaib. However, I stand by and reassert my prior comments in strongly disapproving of any police officer affiliating with hate groups, or any group known for engaging in violent criminal behavior. Such ideology, behavior, and affiliafions have no place in law enforcement and will not be tolerated within the ranks of the Fresno Police Department. Public trust and accountability are paramount in our ability to fairly police this community. The integrity and legitimacy of our Police Department must be maintained." - Chief of Police Paco Balderrama
Source: Fresno Police Department