April 10, 2021 - On Friday, President Joe Biden signed an Executive Order on the Establishment of the Presidential Commission on the Supreme Court of the United States. 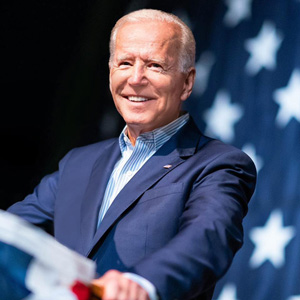 By the authority vested in me as President by the Constitution and the laws of the United States of America, it is hereby ordered as follows:

Section 1.  Establishment.  There is established the Presidential Commission on the Supreme Court of the United States (Commission).

Sec. 2.  Membership.  (a)  The Commission shall be composed of not more than 36 members appointed by the President.

(c)  The President shall designate two members of the Commission to serve as Co-Chairs.

Sec. 3.  Functions.  (a)  The Commission shall produce a report for the President that includes the following:

(ii)   The historical background of other periods in the Nation’s history when the Supreme Court’s role and the nominations and advice-and-consent process were subject to critical assessment and prompted proposals for reform; and

(iii)  An analysis of the principal arguments in the contemporary public debate for and against Supreme Court reform, including an appraisal of the merits and legality of particular reform proposals.

(b)  The Commission shall solicit public comment, including other expert views, to ensure that its work is informed by a broad spectrum of ideas.

(c)  The Commission shall submit its report to the President within 180 days of the date of the Commission’s first public meeting.

Sec. 4.  Administration.  (a)  The Office of Administration within the Executive Office of the President shall provide funding and administrative support for the Commission to the extent permitted by law and within existing appropriations.  To the extent permitted by law, including the Economy Act (31 U.S.C. 1535), and subject to the availability of appropriations, the General Services Administration shall provide administrative services, including facilities, staff, equipment, and other support services as may be necessary to carry out the objectives of the Commission.

(b)  Members of the Commission shall serve without compensation for their work on the Commission, but shall be allowed travel expenses, including per diem in lieu of subsistence, to the extent permitted by law for persons serving intermittently in the Government service (5 U.S.C. 5701-5707).

(c)  Insofar as the Federal Advisory Committee Act, as amended (5 U.S.C. App.) (Act), may apply to the Commission, any functions of the President under the Act, except for those in section 6 of the Act, shall be performed by the Administrator of General Services.

Sec. 5.  Termination.  The Commission shall terminate 30 days after it submits its report to the President.

Sec. 6.  General Provisions.  (a)  Nothing in this order shall be construed to impair or otherwise affect:

(i)   the authority granted by law to an executive department or agency, or the head thereof; or

(ii)  the functions of the Director of the Office of Management and Budget relating to budgetary, administrative, or legislative proposals.

(b)  This order shall be implemented consistent with applicable law and subject to the availability of appropriations.

(c)  This order is not intended to, and does not, create any right or benefit, substantive or procedural, enforceable at law or in equity by any party against the United States, its departments, agencies, or entities, its officers, employees, or agents, or any other person.