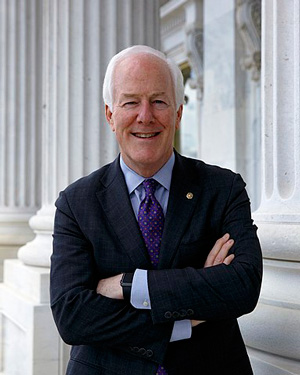 Military Families Act – named after the deceased daughter of Major Matthew Checketts, an Active Duty Airman based at Joint Base San Antonio-Lackland – amends current leave policy for servicemembers so their pre-approved parental leave is not terminated in the tragic event of a child’s death.

“The grief of losing a child should not be aggravated or compounded by having to face the grief thousands of miles away from your family,” said Sen. Cornyn. “With this bill, I hope to keep at the forefront of our conversation the men and women who are heroically offering themselves, and indeed their very lives on some occasions, to protect against the threats to our country. Let's work in good faith to get this bipartisan bill passed soon.”