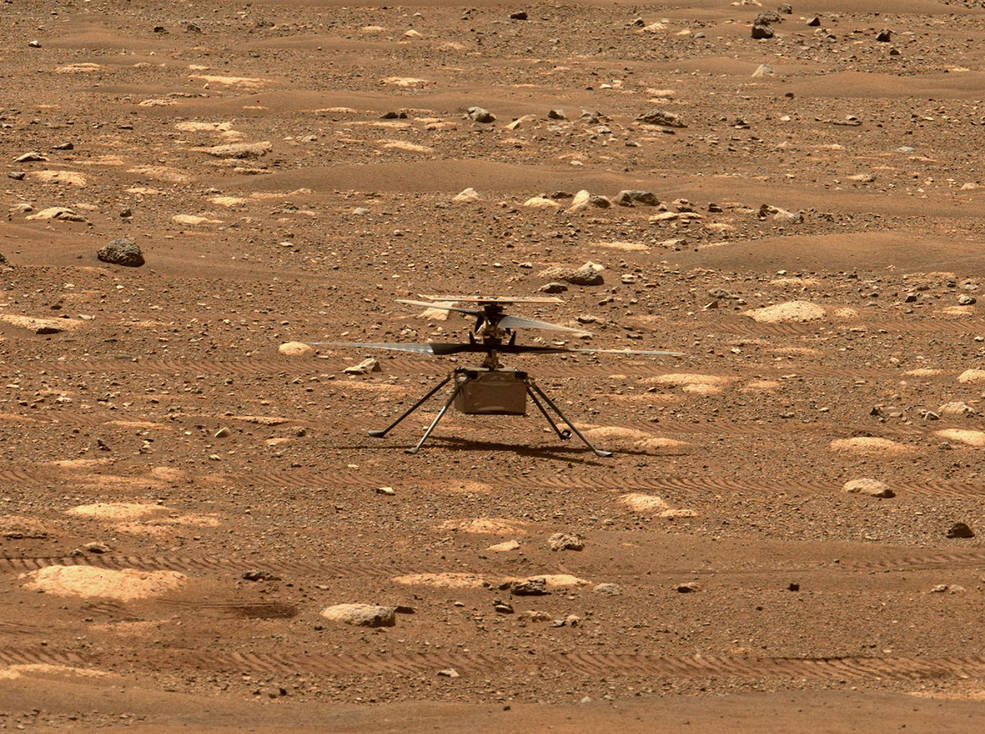 NASA’s Ingenuity helicopter unlocked its blades, allowing them to spin freely, on April 7, 2021, the 47th Martian day, or sol, of the mission. This image was captured by the Mastcam-Z imager aboard NASA’s Perseverance Mars rover on the following sol, April 8, 2021

A livestream will begin at 3:15 a.m. PDT that morning as the helicopter team prepares to receive the data downlink at NASA’s Jet Propulsion Laboratory.

Data from the first flight will return to Earth a few hours following the autonomous flight. A livestream will begin at 6:15 a.m. EDT (3:15 a.m. PDT) as the helicopter team prepares to receive the data downlink in the Space Flight Operations Facility at NASA’s Jet Propulsion Laboratory (JPL). Watch on NASA Television, the agency app, website, and social media platforms, including YouTube and Facebook.

The public also may ask questions on social media during the livestream and briefing using #MarsHelicopter.

Find the latest schedule updates at:

The original flight date of April 11 shifted as engineers worked on preflight checks and a solution to a command sequence issue. The rover will provide support during flight operations, taking images, collecting environmental data, and hosting the base station that enables the helicopter to communicate with mission controllers on Earth.

This technology demonstration is supported by NASA’s Science, Aeronautics Research, and Space Technology mission directorates. JPL, managed for NASA by Caltech in Pasadena, California, built and manages operations for Ingenuity and the Mars 2020 Perseverance rover.