Center for Biological Diversity Report: California Oil Among the Most Climate-Damaging on Earth

June 29, 2021 - LOS ANGELES— Oil produced in California is among the most climate-damaging on the planet and is rapidly getting worse, according to a new report released today by the Center for Biological Diversity.

Killer Crude: How California Produces Some of the Dirtiest, Most Dangerous Oil in the World finds that, on average, California oil emits more carbon dioxide per barrel than the rest of the global supply refined in the state. It’s now even more climate-heating than the notorious Canada tar sands oil refined in California.

The report comes as record heat and a megadrought bake the West — evidence of the dangerous global heating caused by fossil fuel pollution.

“The report shows that California’s intensely dirty oil production is helping create these hellscape conditions like the megadrought,” said John Fleming, a scientist at the Center’s Climate Law Institute and the lead author of the report. “California’s oil is getting dirtier and heavier, heating the planet more and requiring more polluting methods to extract it. The idea that California oil is somehow cleaner or climate-friendly is ludicrous.”

It also finds that the increasing carbon intensity of California oil is helping cancel out climate benefits from a decline in oil production.

“Another two-and-a-half decades of increasingly dangerous oil production will be disastrous,” said Fleming. “If California wants to keep these fossil-fueled heatwaves from lasting all summer long, it has to show global leadership by starting the phaseout of oil production now.”

The report based its findings on lifecycle emissions estimates and oilfield data from the California Air Resources Board. 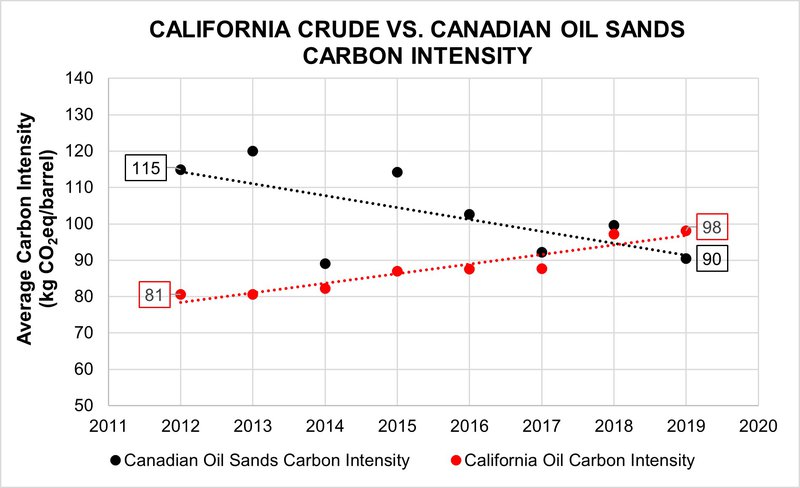