Congressman Kevin McCarthy Speaks on Supporting Our Forests after the SQF Complex Fire in Sequoia National Forest, California Burned up to 10,600 Large Sequoias 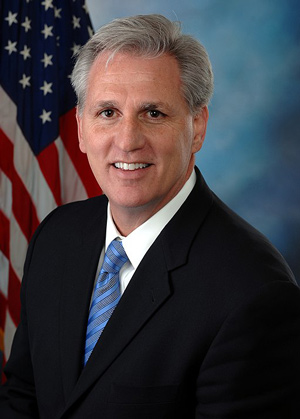 Appropriations legislation (H.R. 4502). This amendment would prioritize over $13 million for projects to mitigate safety hazards to reopen and rehabilitate the Sequoia National Forest following last year’s devastating SQF Complex Fire. The amendment passed today as part of a broader package of other House amendments.

Highlights of his speech on the House floor are below, or you can watch it in its entirety here.

"Giant sequoias are the largest trees in the world - some tower over 26 stories high and grow wider than a city street. They can only be found growing naturally on the eastern slopes of the Sierra Nevada Mountain range in California, including in my district in the Sequoia National Forest.

“Last August, the SQF Complex Fire burned over 170,000 acres primarily in the Sequoia National Forest after being ignited by lightning. A preliminary interagency report, led by the National Park Service, estimates that this fire killed, and I quote, ‘10% to 14% of all large sequoias across the tree’s natural range in the Sierra Nevada. This translates to an estimated loss of 7,500 to 10,600 large sequoias (those with trunk diameter of 4 feet or more).’

“These losses are devastating – both environmentally and for my communities, like Porterville, Three Rivers, Springville, Kernville, and Lake Isabella, that depend on revenue from tourists coming to see the giant sequoia groves.

“Following the fire, the U.S. Forest Service closed a large portion of the Sequoia National Forest in Tulare County because of public health and safety concerns, such as falling burned trees and mudslides.  Addressing these safety concerns is critical so the forest can be fully reopened as quickly as possible.

"My amendment supports over $13 million for three initiatives in the Sequoia National Forest: