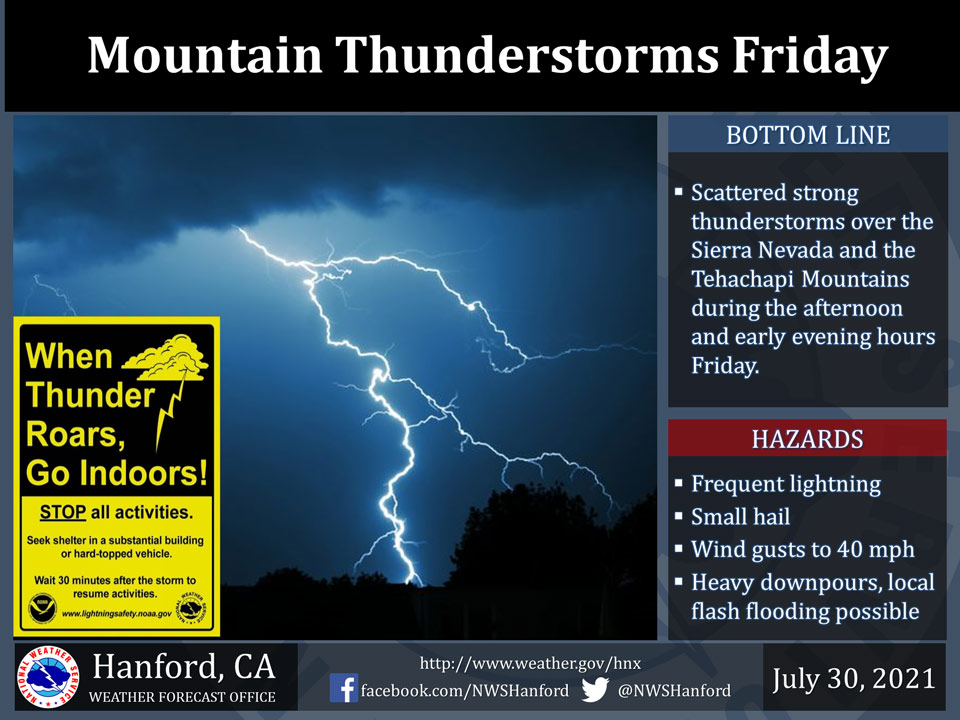 July 30, 2021 - The National Weather Service Hanford Office reports scattered thunderstorms will develop over the mountains this afternoon and linger into the evening hours.

In addition to dangerous cloud to ground lightning, a few thunderstorms will bring small hail, wind gusts to about 40 mph and heavy rainfall with the potential for flash flooding.

Hikers should be prepared to seek a safe place when skies turn ominous and thunder is heard. Source: NWS