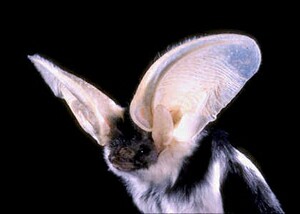 October 29, 2016 - It’s that time year again, the Halloween celebration. October conjures up some frightening images in our mind –witches circling the sky, goblins walking the streets and bats emerging from caves.

In reality, it’s a month to celebrate the gorgeous weather, the harvest of many favorite fruits and vegetables and the changing landscape in the foothills. The California Department of Fish and Wildlife (CDFW) reminds residents of another reason to celebrate this time of year – those same bats. They are one of the most misunderstood groups of mammals and, in fact, perform an important service.

“Because bats are nocturnal, fly and have teeth, many people fear them. What the public doesn’t realize is that bat populations play a huge role in controlling insects,” said CDFW Senior Environmental Scientist Scott Osborn. “Bats have amazing abilities –they are the only mammals capable of true flight. Their unique ultrasonic sonar system enables them to navigate and to catch insects in flight in complete darkness. Once people get to know bats, fear gives way to admiration.”

There are many misconceptions about bats. Many think they are blind, prefer to feast on the blood of prey (animal and human) and attack people. Actually, they see almost as well as us, eat flower nectar and insects (up to 600 mosquitos in one hour!) and they want nothing more than to be left alone.

California has 25 species of bats that eat tons of insects each night in Sacramento County alone. Some bats are migratory and just pass through California to warmer climates in winter. Others stick around all year and hibernate in old barns, under bridges, and in caves and mines. As mammals, they feed their young by nursing until they are old enough to fend for themselves. The average lifespan of a bat is 30 years or longer and most California bat species could fit in the palm of your hand.

Helping bats
Bats have one young per year and their low reproduction rate puts them at risk of extinction. The fungal disease White-Nose Syndrome, which first appeared in New York in 2006, also threatens bat populations throughout North America. Although the disease has not yet been detected in the western states, if it should reach California many of our most sensitive bat species could be drastically impacted.

As with any wildlife, it is best to keep a respectful distance from injured or sick bats. There are many wildlife rescue groups in California that help and treat injured bats. You should never pick up a downed bat with your bare hands, especially because some bats, like other animals, might have rabies.
Photo Credit:CDFW