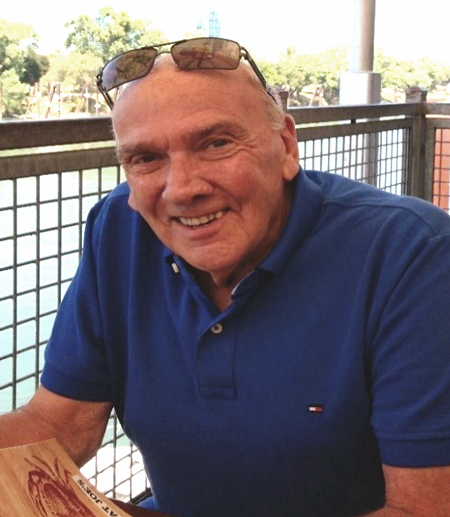 Robert (Bob) Bartholomew of Mariposa, passed away suddenly in his home from natural causes. Our treasured Father, Grandfather, loving partner, loyal friend, and dedicated public servant was born in Dallas, TX to Grant and Maureen Bartholomew on St. Patrick's Day March 17, 1941. Bob was a joyful, charismatic, high energy individual with a huge heart and the gift of gab. He attacked each day at full speed until his very last. A big bright beautiful full moon was here to guide him home to our heavenly father on August 7th, 2017.

Bob was the beloved husband of Theda Bartholomew for more than 46 years before her passing in 2010. Bob and his family fell in love with Yosemite fifty years ago. After his career as a farming executive in the valley, Bob moved to Mariposa in the late 80's and spent the rest of his days as a faithful public servant. During his fourteen years of service on the Mariposa County School Board he utilized his bipartisan political talents to work with our state legislators and facilitate the signing of Senate Bill No. 803 by Governor Wilson in 1995. This provided the transportation funds our rural area schools so desperately need.

Bob has spent the last decade serving on the Mariposa Fire Safe Council and we are very grateful & proud of his dedication to his family, his friends, and his volunteer service to the community. Throughout his life Bob enjoyed the diplomatic service, showing dogs, national champion paint horses, photography, model trains, fast cars, any new tech gadget, and of course fighting the good fight for our schools and his community. He is survived by his loving family and extended family friends including 21 children, grandchildren, and great grandchildren.