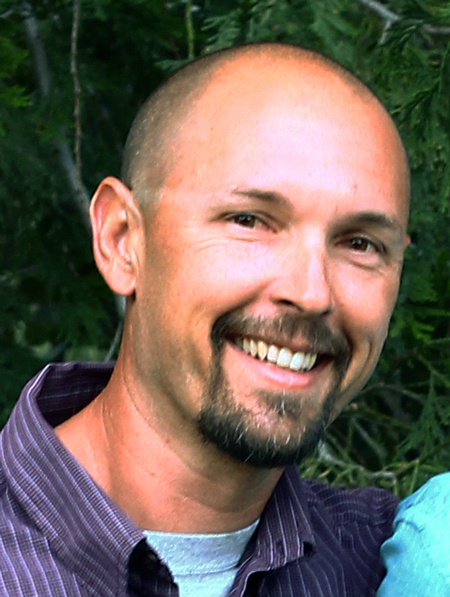 Beloved husband, father, and friend Nash Joseph Mayer went home to His Lord and Savior Jesus Christ on December 1, 2016 after a tree-felling accident in Mariposa County. He was 40 years old.

Nash was born on January 30, 1976 in Eau Claire, WI to Jerry and Nancy Mayer. When He was two years old his parents divorced, and Nancy and Nash moved to Capistrano Beach, CA. Nash attended Grace Christian Center's small church school in Oceanside and then—other than for a brief year in Lake Tahoe—San Clemente High School. There he met his wife Heather during their sophomore year, when he was 16 and she was 15. Although they were so young, they instantly fell in love.

After graduation, Nash went to work at Costco in Dana Point for two years until they moved briefly to Blythe, where their oldest son Morgan was born. The little family then relocated to Oakhurst, CA in 1996, where Nash got a job at Sierra Tire. On April 5, 1997, Nash and Heather were married. That fall, he went to work for Asplundh, where he would eventually get his training to climb trees in 2000.

Once laid off in 2003 with four little ones to support, Nash went to work for Campora Propane while doing tree work on the side. In 2005, he started his own business, That Tree Guy, and was self-employed for seven years.

During this time Nash found saving grace in our Lord Jesus Christ, and his life was forever changed. Soon the Mayer family found their church home at Christ Community Bible Church.

Nash was ever hardworking and industrious, working a variety of jobs to provide for his growing family. As the economy took a downturn, he found it necessary to take on a second job at Mountain Feed in Coarsegold. He then got a full-time job at Central Sierra Tree Company, where he had to travel for work, putting a hardship on the family. Because his family was his number-one priority, he again switched jobs and learned the waste disposal business at Emadco. He worked there for two years but missed full-time tree work, which led to his recent employment with Clean Cut and Arbor Works. He loved his job and always looked out for the great men he worked with.

Among many qualities, Nash will be remembered for his gift of helps and his open-handed willingness to share his knowledge, his tools, and his time. His mischievous sense of humor was often paired with an impish grin that brightened many days. He will be greatly missed by friends and neighbors in all walks of life.

Nash died doing what he loved second best. His first love, however, was always his family. He was a wonderful father to his 10 children: Morgan, Trevor, Lily, Parker, Dustin, Harold, Josiah, Henry, Olivia, and Lauren. Nash was also a loving and devoted husband who took half of his wife's heart with him when he died. He is missed sorely, and the family feels their loss acutely. But they have a peace that surpasses all understanding because they know Nash rests with our great God in heaven, and they will see him again soon!