Click Here for Older Information on the Dog Rock Fire 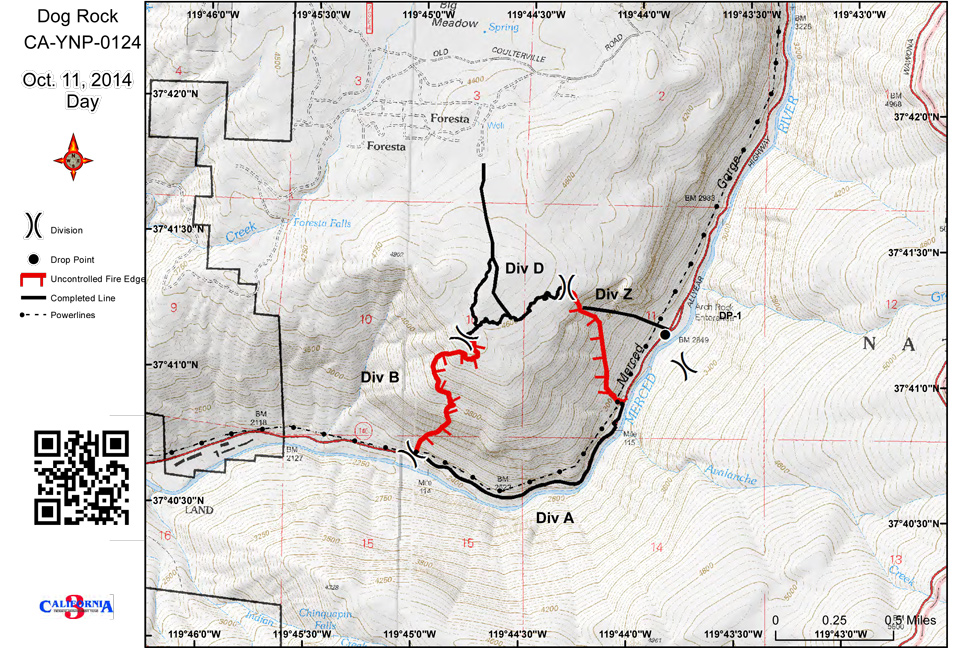 Community of Foresta has been repopulated

Anticipate power to be restored to Yosemite Valley this evening.

Tentative plans are in place to return to a Type 3 organization by Monday.

Current Situation: Firefighters today nearly completed mop-up along the north and northeast sections of the fire. Helicopters dropped water throughout the day along the steepest portion on the east and west flanks of the fire. Fire crews and park employees continued their efforts along El Portal Road mopping up hotspots and cleaning the highway of debris.
Yosemite National Park issued a press release this afternoon stating that the Highway 140 entrance to the park will re-open this Sunday, October 12, 2014 at 8:00 AM. Travelers should use extreme caution and expect delays when driving through the fire area.

Although the National Transportation Safety Board (NTSB) will continue their investigation, CAL FIRE issued a news release based on information provided by the NTSB stating that CAL FIRE air tankers can now resume aerial support of fire suppression.

As fire activity decreases the size of the night shift decreases as well. Engines will patrol the El Portal Rd. and the northern portion of the fire tonight.