CBO Monthly Budget Review for March 2019 Finds the Federal Budget Deficit was $693 Billion For The First Half Of Fiscal Year 2019, $94 Billion More than the Deficit Recorded During the Same Period Last Year

April 8, 2019 - The federal budget deficit was $693 billion for the first half of fiscal year 2019, the Congressional Budget Office estimates, $94 billion more than the 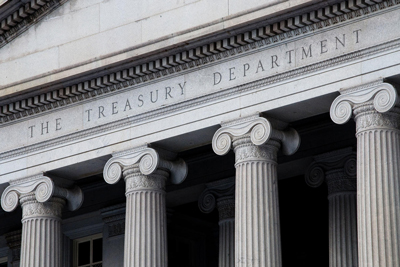 Total Receipts: Up Slightly in the First Half of Fiscal Year 2019

Receipts totaled $1,506 billion during the first half of fiscal year 2019, CBO estimates—$9 billion (or 1 percent) more than during the same period last year. That slight increase was the result of offsetting changes in receipts from the following sources:

Total Outlays: Up by 5 Percent in the First Half of Fiscal Year 2019

Outlays for the first half of fiscal year 2019 were $2,200 billion, $103 billion more than during the same period last year, CBO estimates. The largest increases were in the following categories:

The largest decreases in outlays were in the following categories, included in “Other” below:

For other programs and activities, spending increased or decreased by smaller amounts.

Total spending in March 2019 was $377 billion, CBO estimates—$43 billion (or 10 percent) less than the sum in March 2018. If not for timing shifts, outlays this March would have been $3 billion (or 1 percent) more than they were in the same month last year. (The changes discussed below reflect adjustments to remove the effects of those shifts.)

According to CBO’s estimates, the largest changes in outlays were as follows:

Spending for other programs and activities increased or decreased by smaller amounts.

The Treasury Department reported a deficit of $234 billion for February—$7 billion more than CBO estimated last month, on the basis of the Daily Treasury Statements, in the Monthly Budget Review for February 2019. CBO overestimated receipts by $4 billion and underestimated outlays by $3 billion.
Source: CBO