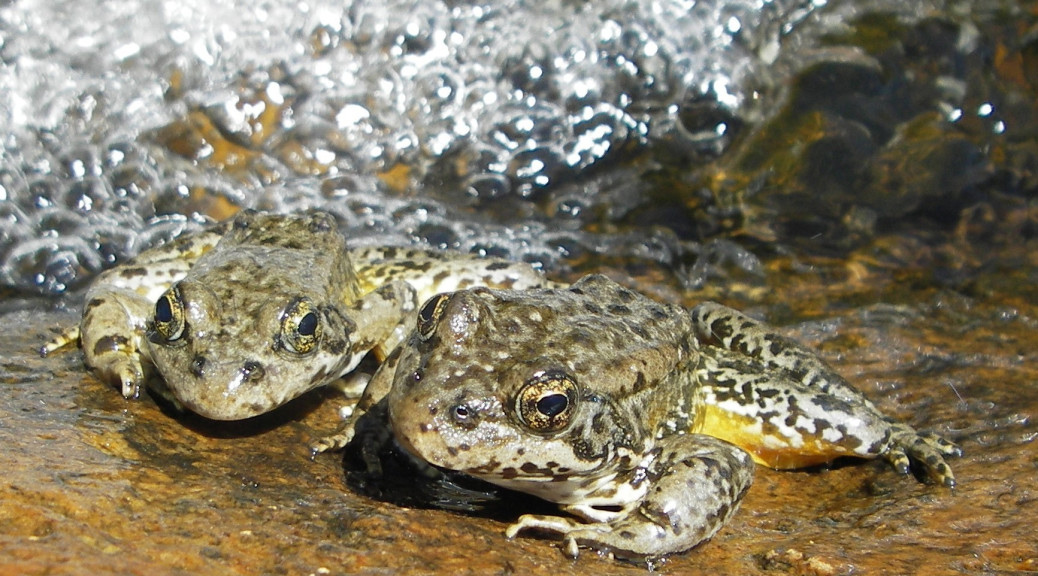 April 5, 2020 - Extinction is forever, but you and the California Department of Fish and Wildlife (CDFW) can join forces to prevent it. Help save California’s native plant and animal species when you file your state income tax return by making a voluntary contribution to the Rare and Endangered Species Preservation Program and/or the California Sea Otter Fund.

Just enter any dollar amount you wish on line 403 for rare and endangered species and on line 410 for southern sea otters. Money donated by California’s taxpayers supports programs that benefit these at-risk species, while also helping to conserve many other species.

Even a small donation will make a difference. Voluntary contributions also help CDFW acquire federal matching funds for efforts to conserve threatened and endangered species and their habitats.

Donations to the Rare and Endangered Species Preservation Program have funded work benefiting California’s imperiled plants, wildlife and fish since 1983, and the funds have enabled CDFW to collaborate with many other organizations to conserve native species. With 311 state-listed species to recover, plus an additional 143 species that are only federally listed, there is much work to be done as we strive to conserve biodiversity and ecosystems.

Additionally, last year, the voluntary donations for rare and endangered species helped fund surveys and monitoring for some of California’s most imperiled but also less-studied plant species, including the tiny and beautiful Clara Hunt’s milkvetch, which is only known to grow at six small populations in Napa and Sonoma counties, and the San Bernardino bluegrass, a rare grass that is only found in moist meadows in some Southern California mountains.

Contributions to the California Sea Otter Fund are split between CDFW and the State Coastal Conservancy to benefit our Southern sea otter (Enhydra lutris nereis) population. This smallest of marine mammals once lived in nearshore waters all along California’s coast and in estuaries such as Humboldt, Tomales, San Francisco and Morro bays. Now only about 3,000 sea otters occupy a much smaller range. They are protected by the federal Endangered Species Act, Marine Mammal Protection Act and state regulations.

CDFW uses Sea Otter Fund donations for scientific research on the causes of death in California’s sea otters to help inform management actions to protect them.

The Coastal Conservancy uses its portion of your donations for grants supporting research and conservation actions that facilitate sea otter recovery. Some of that research has investigated factors limiting population growth and opportunities for range expansion to facilitate population recovery, and conservation actions have included efforts to reduce human disturbance to sea otters.

If someone else prepares your state tax return, please let them know you want to donate to the Rare and Endangered Species Preservation Program on line 403 or the California Sea Otter Fund on line 410. If you use Turbo Tax, when you’re near the end of your tax return, go to the Contributions section (Side 4 of Form 540) to make a voluntary contribution. Thank you for helping to save our most vulnerable plant and wildlife species for their ecological values and for enjoyment by future generations.
Source: CDFW