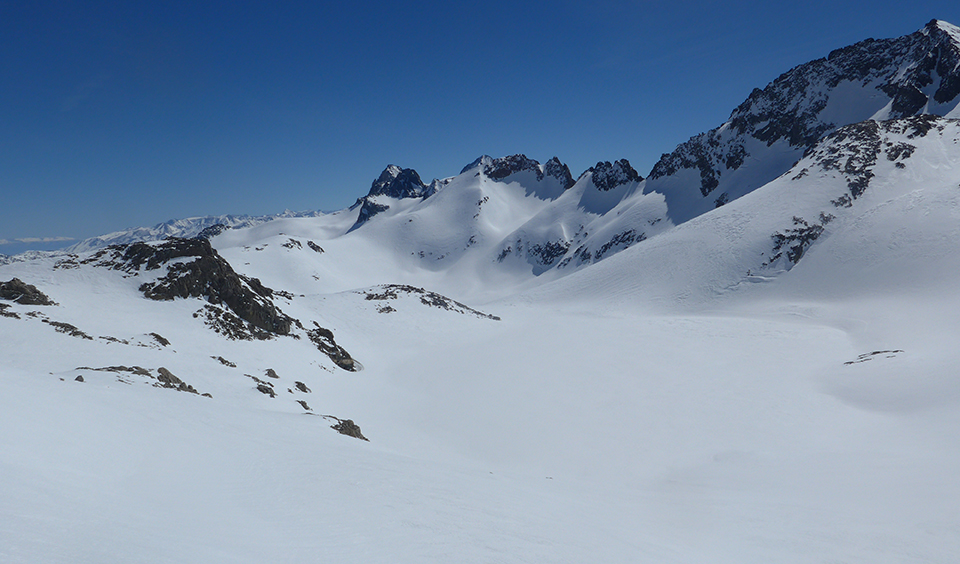 April 9, 2020 - By Laura and Rob Pilewski - Yosemite Park remains closed due to COVID-19. Our hearts go out to all those affected by this pandemic. Although it is difficult to carry on, even here in the wilderness, as if the world “outside” is unchanged, we know the truth is different than that. Take comfort friends in knowing that wild nature remains unchanged here in this part of Yosemite. The opportunity to be standing by peaceful waters will again return for us all.

This first week of April brought the biggest storm to Tuolumne Meadows since early December.  We measured 24 inches of new snow and nearly 2 inches of water at our weather plot. It is still snowing today and it is good to see this extension to the winter. Every flake counts friends.

The avalanche center has suspended their forecasting for this season due to COVID-19, but they do have a very poignant video on their homepage that we recommend along with some valuable snowpack evaluation tools for springtime. As always, we are very grateful to Eastern Sierra Avalanche Center (ESAC) for their invaluable service to the outdoor community.

The new snow load this week was the first real test of the local snowpack and, not surprisingly, when the clouds cleared over the past few days we observed significant avalanche activity on north and east aspects between nine and ten thousand feet. This was the result of the shallow snow pack, cold winter temperatures, and intermittent crusts that formed throughout the winter. When loaded with a slab of new snow, this weak underlying snow structure failed resulting in widespread avalanching, some of which stepped down into older layers close to ground level.

Due to increasing temperatures this weekend, rockfall and wet slides may be possible.

During this stormy period, not many animals were out and about. Travel for both two and four legged creatures was difficult at times in deep, collapsible, sometimes sticky snow, followed by various, punchy melt-freeze, almost rain-like crusts. Although easier for our winged friends to travel, they too were hunkered down. A pair of common ravens has been scanning the meadows lately. The Clark’s nutcrackers, northern flicker, Cassin’s finch, red crossbills, dark-eyed juncos, and mountain chickadees are all still active among the sheltered pine boughs.

Remember we all can enjoy the great outdoors safely without putting one another at risk. Although Yosemite is closed and we can’t recommend any outdoor pursuits here, we can recommend some music and reading for the soul: “Tree of Forgiveness” by John Prine and  The Overstory by Richard Powers.

Virtual hugs to all. 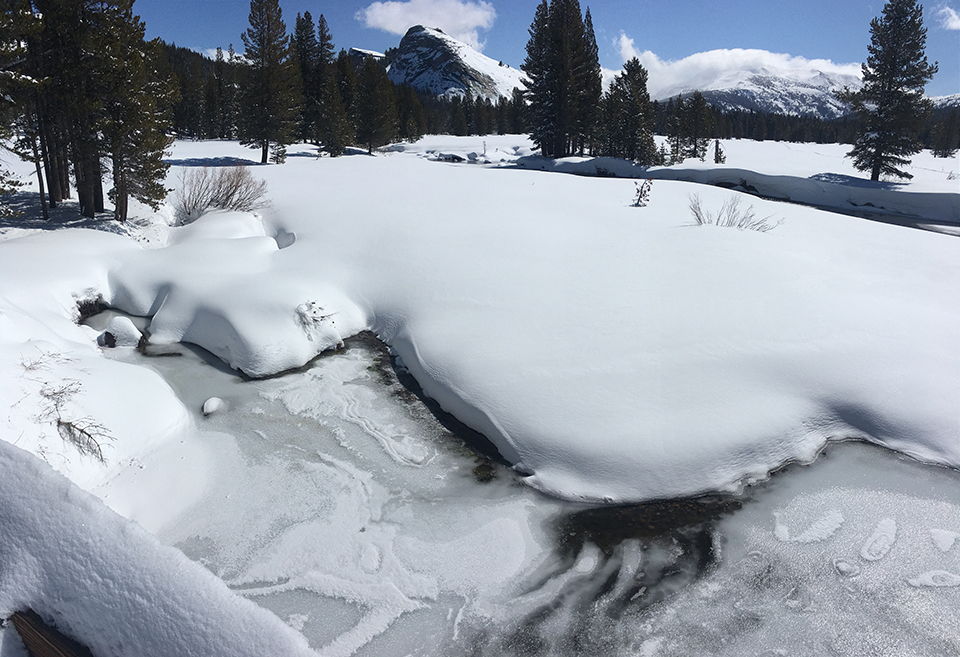