June 1, 2020 - By Ivan Natividad - In 1967, a panel of experts sat down to understand why, for two years, black Americans across the country had rioted in 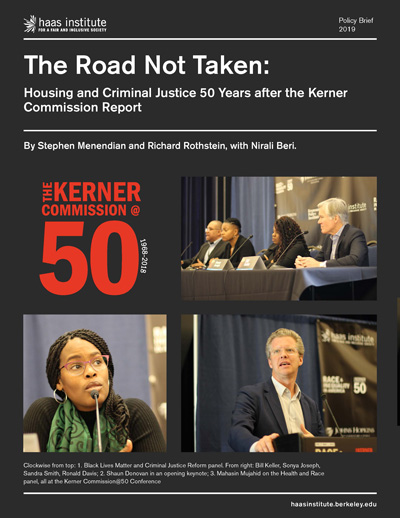 anger and frustration, often burning down sections of cities such as Detroit, Los Angeles and Chicago. By 1968, a presidentially appointed group, known as the Kerner Commission, found answers: rampant white supremacy, structural racism, lack of opportunity and hope.

Today, in Minneapolis, those same issues have arisen as protests against police violence were sparked when a white police officer was captured on video using his knee to pin George Floyd, a black man, to the ground until he died.

The upheaval comes as no surprise to Stephen Menendian, director of research at UC Berkeley’s Othering & Belonging Institute, who last year released a report examining how, 50 years after the presidential commission first examined the causes of black unrest, little had changed in policing.

“Not only have we made little progress in the last 50 years, in many ways, things are worse,” said Menendian, who is an expert in structural racism.

The 2019 report, “The Road Not Taken: Housing and Criminal Justice 50 Years after the Kerner Commission Report,” offers recommendations on policing  and housing reform that can prevent these incidents of violence from occurring in the future.

According to the report, despite the warnings of the Kerner Commission, the forces that threatened to create separate and unequal societies along racial lines have become reality, despite improvements in economic conditions for some black Americans.
Source: UC Berkeley