July 4, 2020 - Every year, we celebrate our nation’s birthday on the Fourth of July, but the story of the American Revolution is about so much more than just one day or one place. From protests against taxation and a lack of representation, to the clashing of armies on numerous battlefields 1,000 miles apart, the struggle for independence began slowly and built into an unstoppable movement that changed the world.

The National Park Service preserves many of the places that played a pivotal role in the Revolution, sharing the stories of the people who pledged their lives, fortunes and honor to founding a nation built on the promise of liberty and justice for all.

Let’s start our list with the birthplace of the American Revolution. At Boston National Historical Park in Massachusetts, the 2.5-mile Freedom Trail connects a collection of museums, churches, meeting houses, burying grounds, parks, ships and historic markers that recount the American Revolution and beyond. At locations that every school kid knows -- the Old North Church and Faneuil Hall -- visitors learn about the Boston Tea Party, the midnight ride of Paul Revere, the Boston Massacre and the Battle of Bunker Hill. Ignite your revolutionary spirit by reading the words of Samuel Adams, who fanned the flames of resistance so fiercely that they spread throughout the colonies. 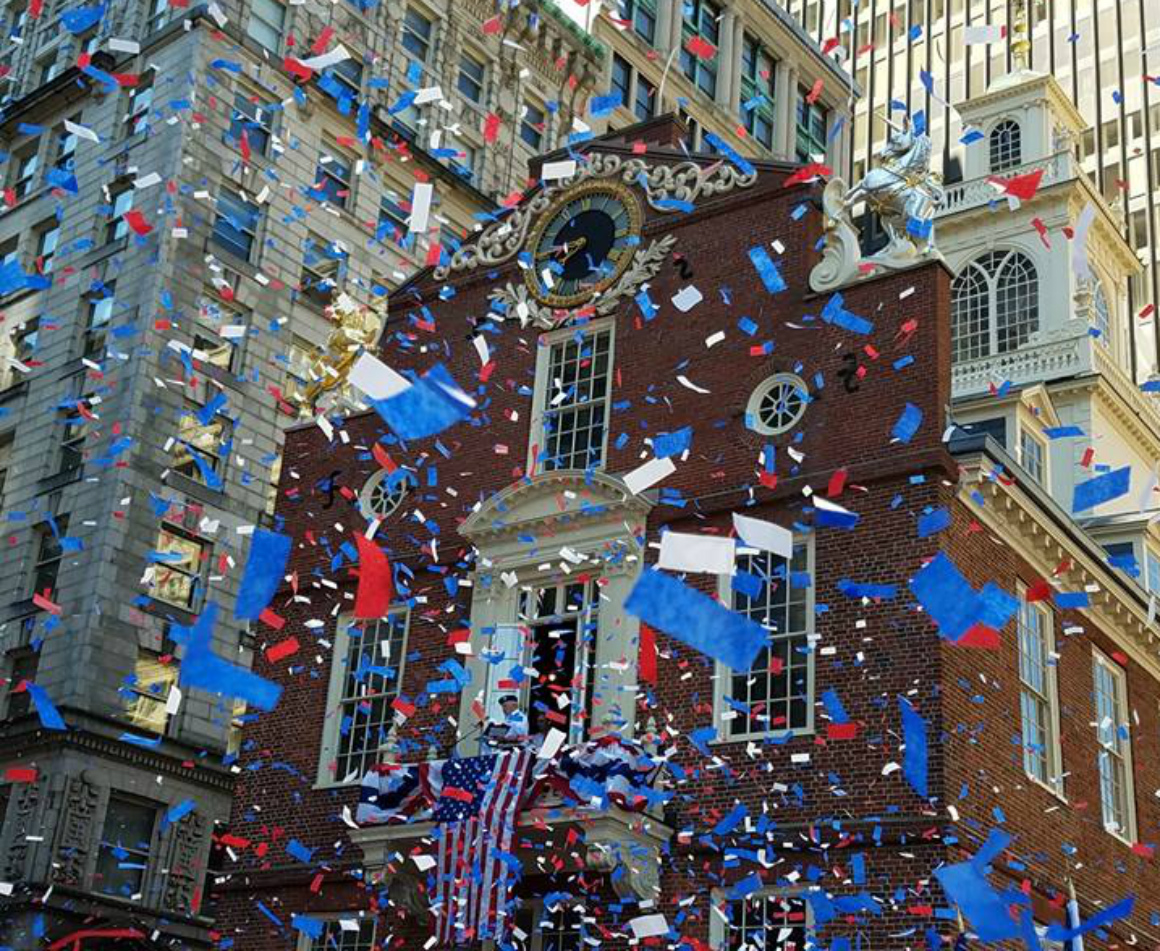 An Independence Day celebration at the Old State House in Boston. Photo by National Park Service.

Representatives of the American colonies first met in Philadelphia in 1774. Their stirring debates about liberty and democracy still echo in the building now known as Independence Hall. Leaders of the Continental Congress -- including George Washington, John Adams, Benjamin Franklin and Thomas Jefferson -- created the Continental Army, issued the Declaration of Independence and founded the United States of America. After winning the Revolutionary War, many of them returned to Philadelphia to lay the foundation of our government by writing the U.S. Constitution. Independence National Historical Park today includes Independence Hall, the Liberty Bell, Congress Hall, Franklin Court and other historic buildings that help tell the story of our nation’s beginning. 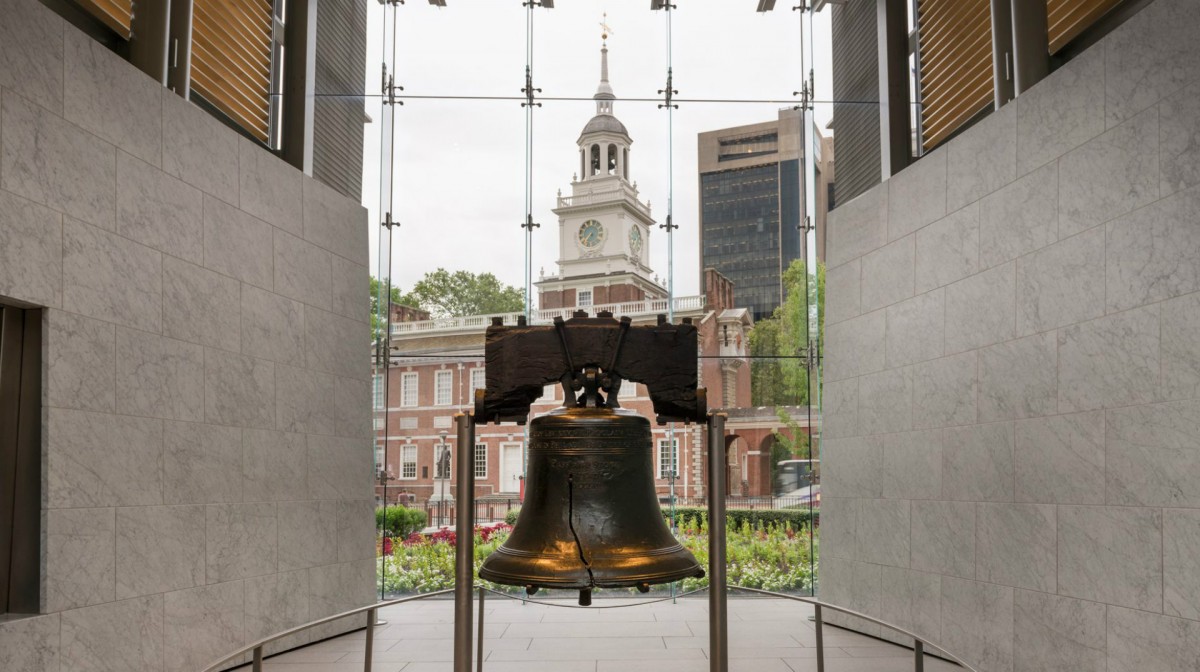 Imagine a war broke out in your neighborhood and your home was on the front line of battle. That happened in the towns of Lexington and Concord, Massachusetts, in April of 1775. Crossing the line to open rebellion, citizens known as “Minute Men” attacked 700 British soldiers as they marched out of Boston. The Revolutionary War had begun. The 1,038-acre Minute Man National Historical Park preserves the North Bridge -- site of “the shot heard round the world.” Park visitors can also see the Minute Man Statue and the Battle Road, which follows the route where patriots clashed with British regulars. 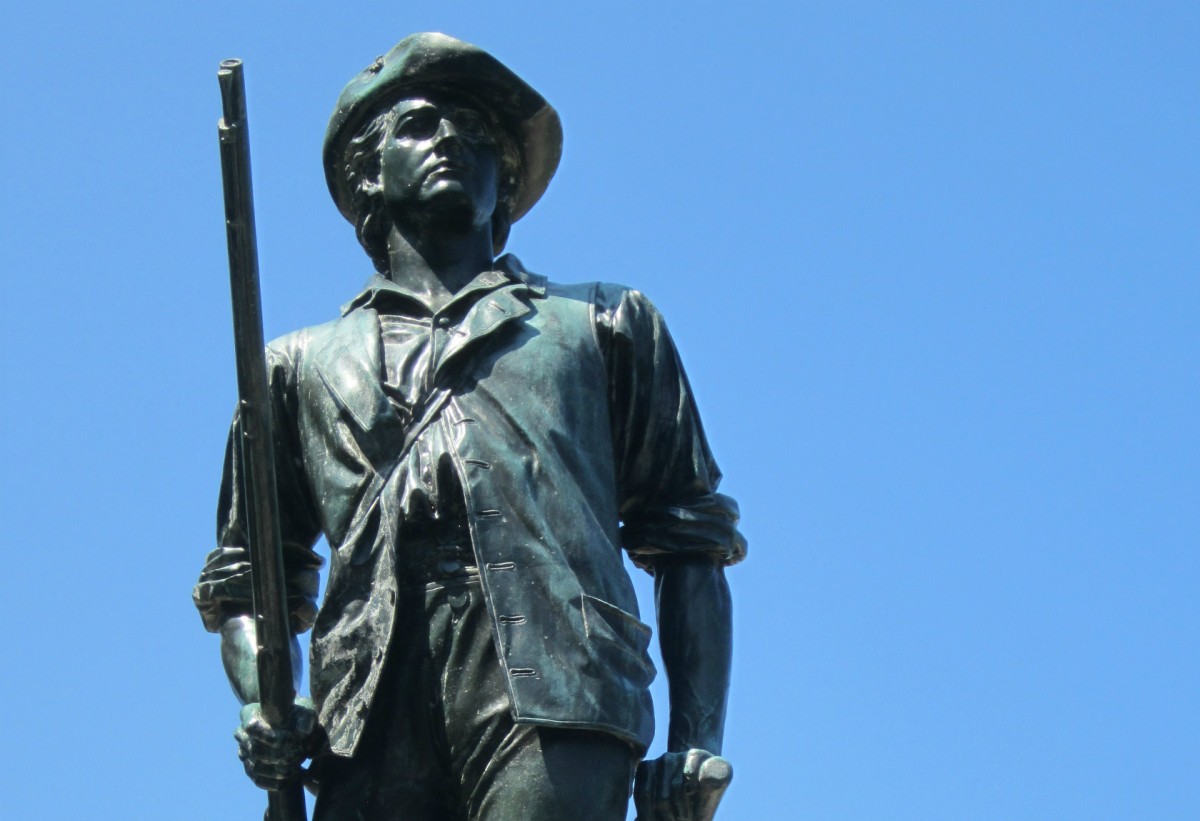 In the autumn of 1777, American forces met, defeated and forced a major British army to surrender. This crucial American victory renewed patriots' hopes for independence, secured essential recognition and support from France, and forever changed history. The fields and farms where these amazing events occured are now preserved as Saratoga National Historical Park. Not only an outstanding outdoor classroom, this park in upstate New York also offers stunning views of the Hudson River valley and the chance to climb to the top of the 155-foot Saratoga Monument. 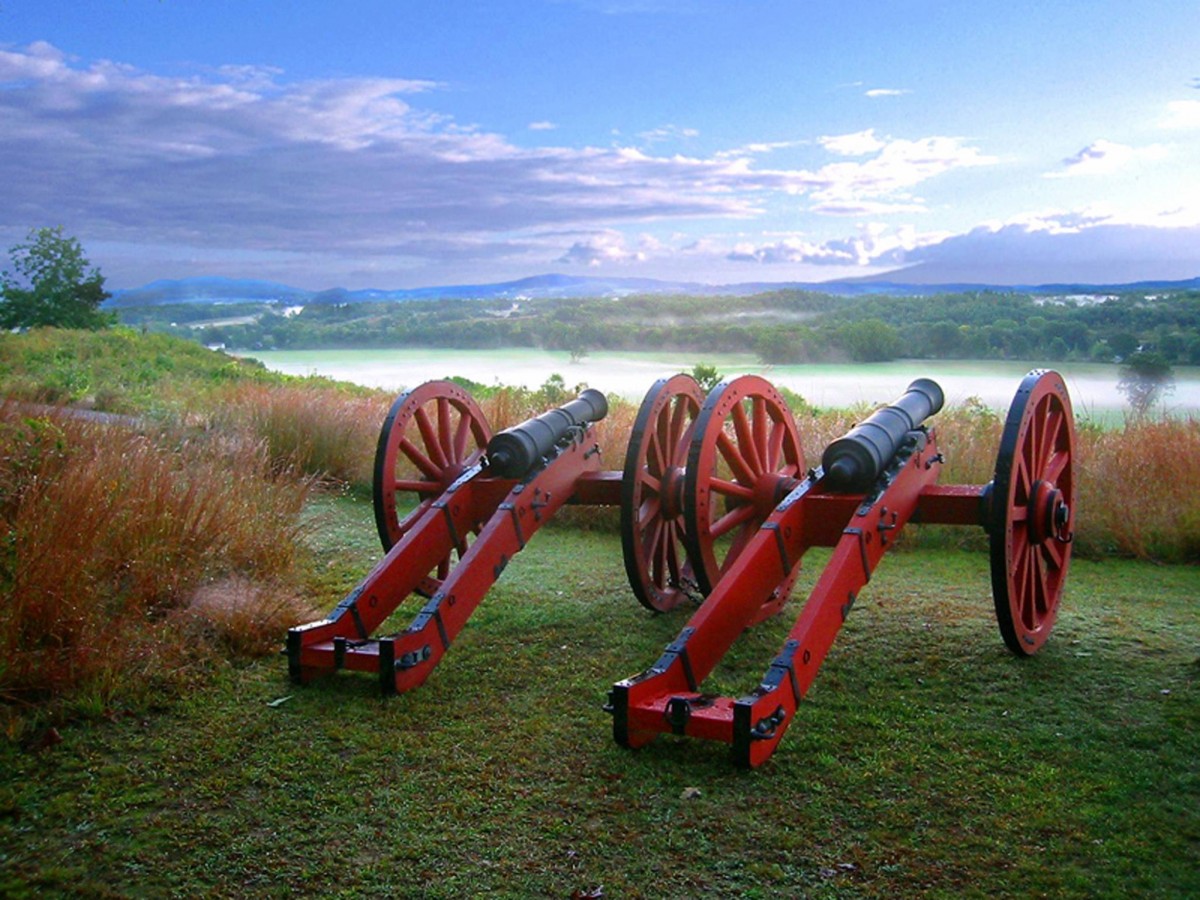 In the midst of the American Revolution, Colonel George Rogers Clark was sent from Virginia to lead an expedition against the British in the Northwest frontier. Clark's success in capturing British forts in the Ohio and Mississippi River valleys in 1778 and 1779 allowed the Americans to claim territories that would eventually become the states of Ohio, Illinois, Indiana, Michigan and Wisconsin. Clark’s larger-than-life reputation grew into legend and he remains a frontier hero. Today, George Rogers Clark National Historical Park offers lessons about 18th century pioneer life and welcomes visitors to honor the memory of the man who helped expand the United States. 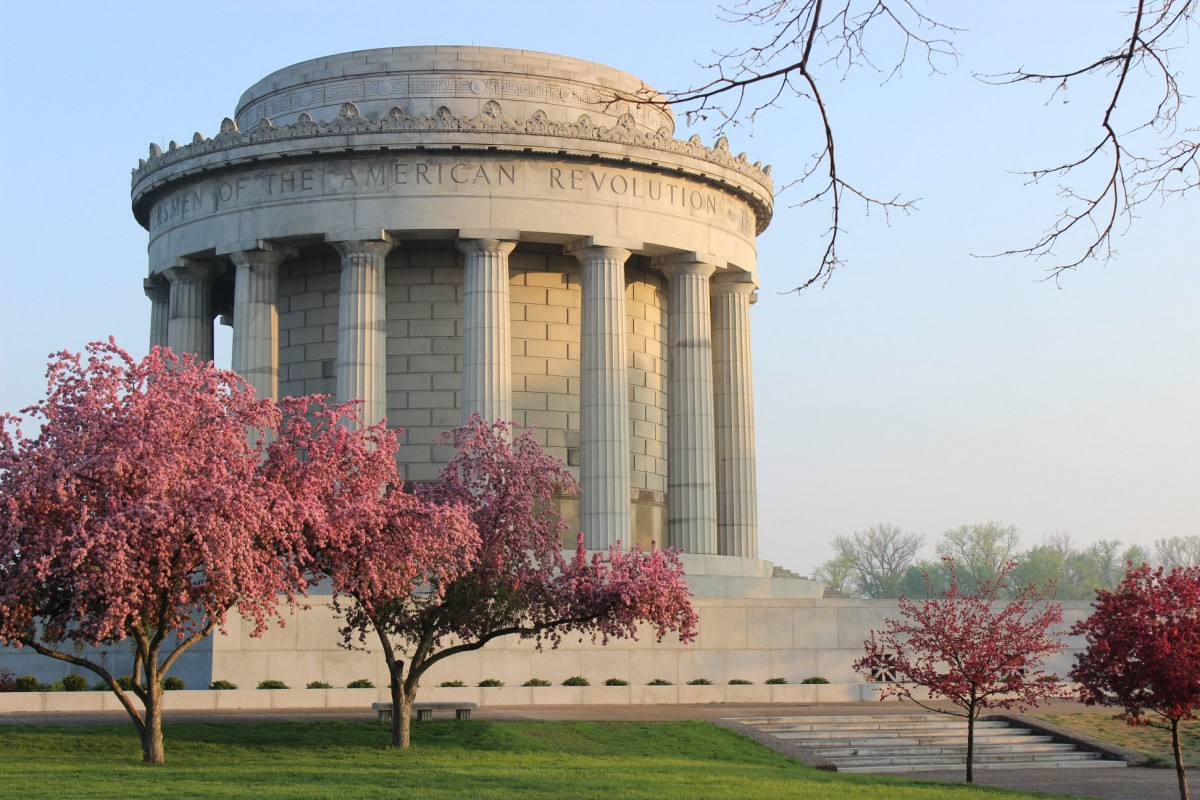 Winter. Cold. Snow. Suffering. These elements come to mind for many people when they think of Valley Forge. And of course, strength, survival and spirit. These powerful words are often spoken at Valley Forge National Historical Park in Pennsylvania. A natural triangle of defenses made up of ridges, mountains and waterways demonstrates why General George Washington chose this place to settle his 12,000 soldiers for the third winter of the Revolutionary War. The army built 1,500 log cabins, making it the third largest city in the country at that time. Visitors today hear the soldiers’ stories and quickly learn how the experience at Valley Forge created a spirit of brotherhood and determination among the men who would go on to win our nation’s independence.

Living history demonstrations in the park bring alive the experiences of the soldiers during the American Revolution. Photo by National Park Service.

At the Cowpens -- a frontier pastureland -- on January 17, 1781, General Daniel Morgan led his army of tough Continentals and backwoods militia to a brilliant victory over General Banastre Tarleton's battle-hardened force of British regulars. Giving ground, the Americans lured the overconfident Redcoats into the field before swiftly counter-attacking both British flanks. British losses were staggering: 110 dead, over 200 wounded and 500 captured. In contrast, only 12 men were killed and 60 wounded in Morgan’s army. Visitors to Cowpens National Battlefield today can get the lay of the land by walking the 1.3-mile battlefield trail that meanders through a landscape restored to its 1781 appearance. Wayside exhibits detail the Americans' journey to the cowpens, their positions on the battlefield, the morning clash and the resounding American victory. 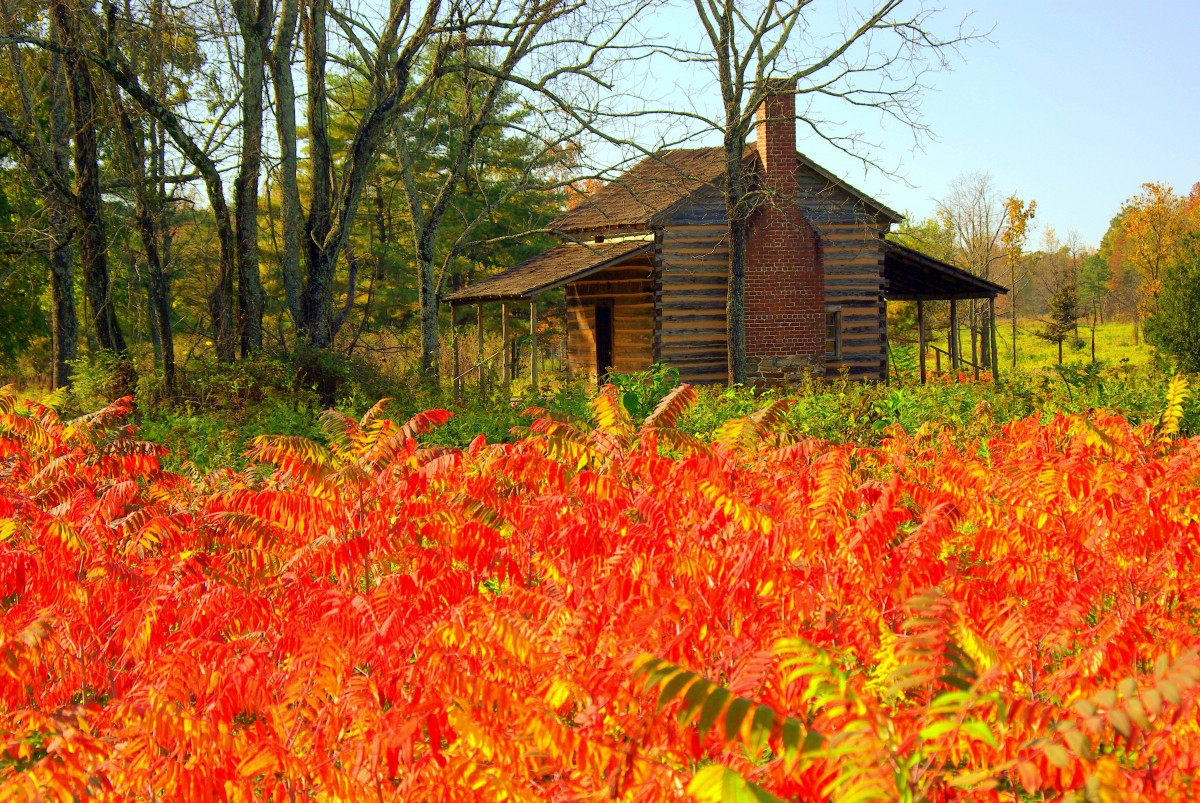 From his humble beginnings as an orphan on the Caribbean island of Nevis, Alexander Hamilton became George Washington’s most trusted aide, a celebrated war hero, a major influence on the U.S. Constitution and the founder of America’s financial system. Few people had as great of an influence on our nation’s beginnings. His extraordinary life and controversial legacy are explained and debated at his preserved home -- Hamilton Grange National Memorial in New York. To learn about other Founding Fathers, check out Adams National Historical Park in Massachusetts, George Washington Birthplace National Monument in Virginia and Thomas Stone National Historic Site in Maryland. 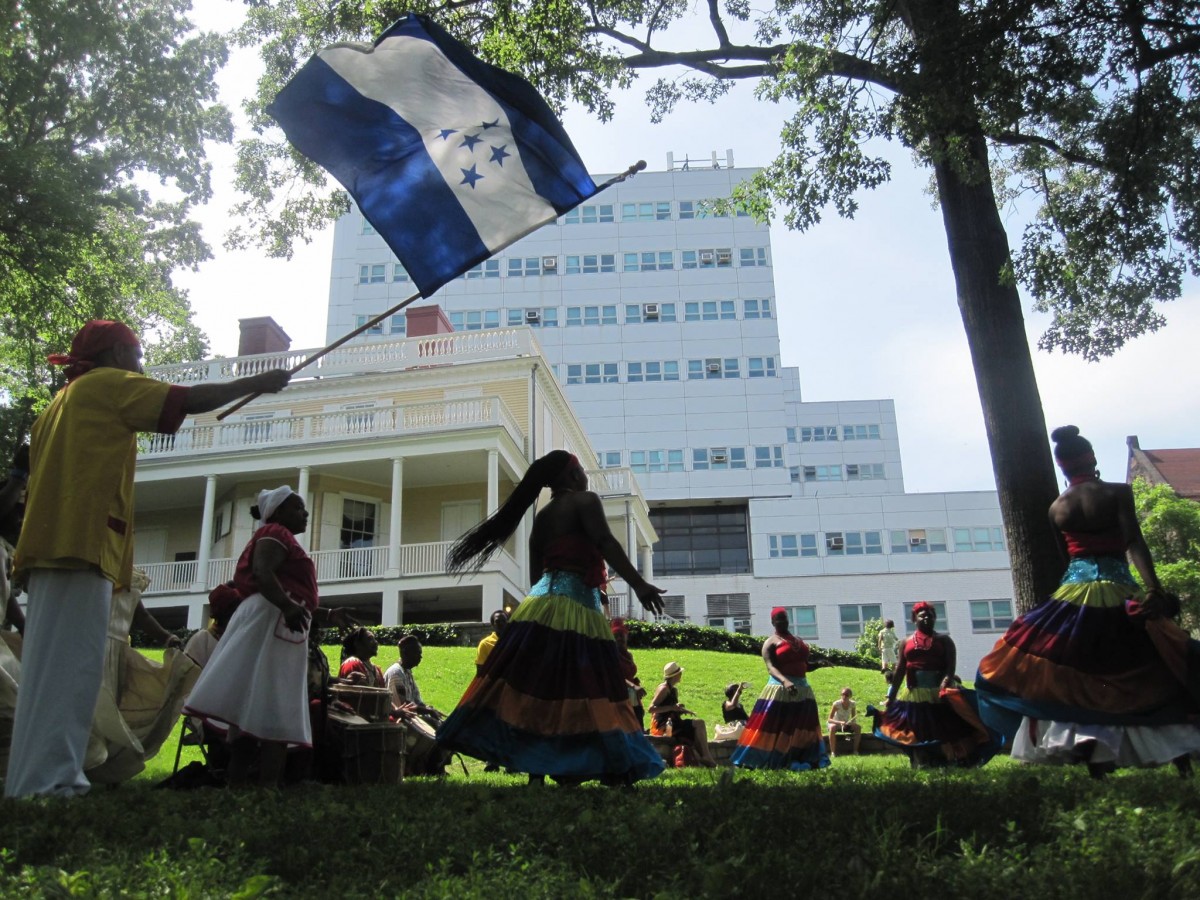 Since the first shots of the war were fired in April 1775 at Lexington and Concord, Massachusetts, American forces had endured many setbacks and celebrated a few remarkable victories. In the summer of 1781, General Washington executed a clever plan to hold a large British army in New York City, while he marched south with most of his forces to confront British General Cornwallis. Working with French allies, the Americans outnumbered and surrounded Cornwallis at Yorktown, Virginia. In a moment that shocked the world, the British forces surrendered on October 19, effectively ending the war. England’s resolve to hold on to the American colonies crumbled and a final treaty in 1783 ensured American independence forever. The stories of this historic moment are told at Yorktown Battlefield (part of Colonial National Historical Park), where visitors can see the remains of British earthworks and American encampments. It’s the next best thing to time travel. 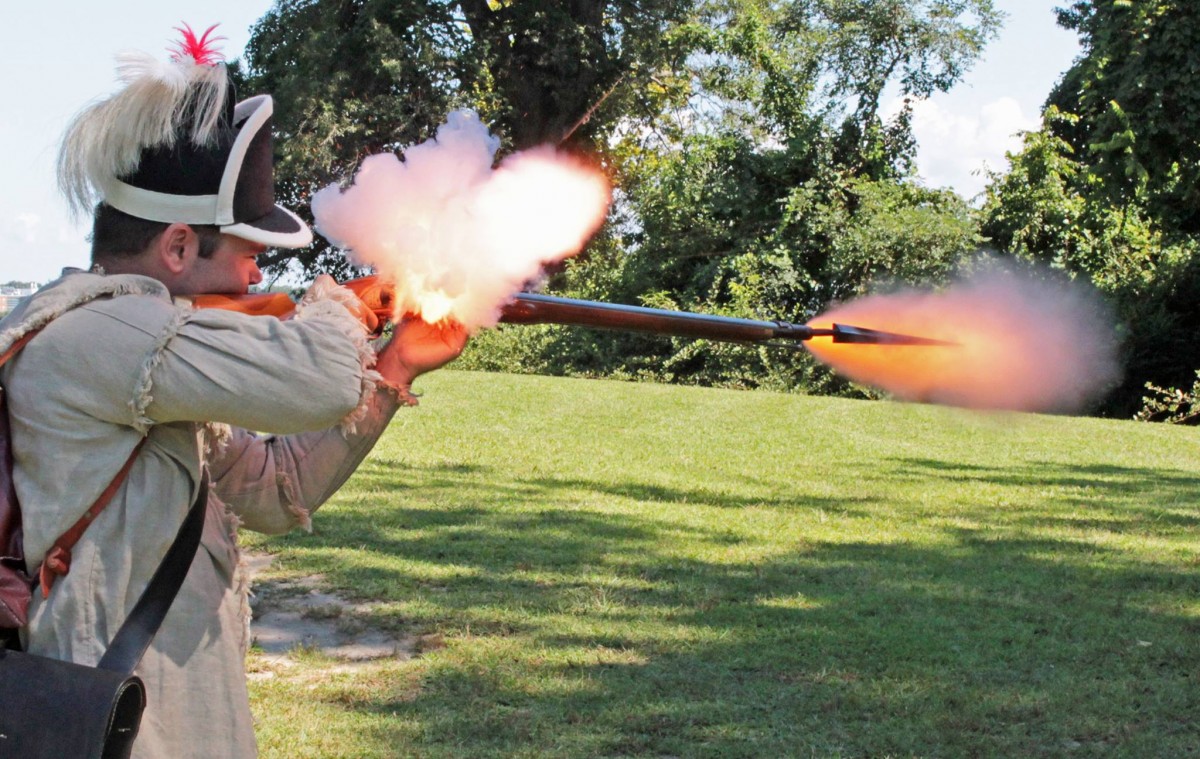 The towering Washington Monument is the centerpiece of the National Mall in our nation’s capital. Nearby is the Thomas Jefferson Memorial, where visitors can read lines from his most famous work: the Declaration of Independence. Tributes and artifacts of our revolutionary past are proudly displayed in the National Archives and museums of the Smithsonian Institution. Visiting Washington, D.C., for Independence Day is taking part in one of our nation’s greatest annual events. The patriotic celebration and the fun activities embellish the important lessons you’ll learn at one of the finest outdoor classrooms in the world. 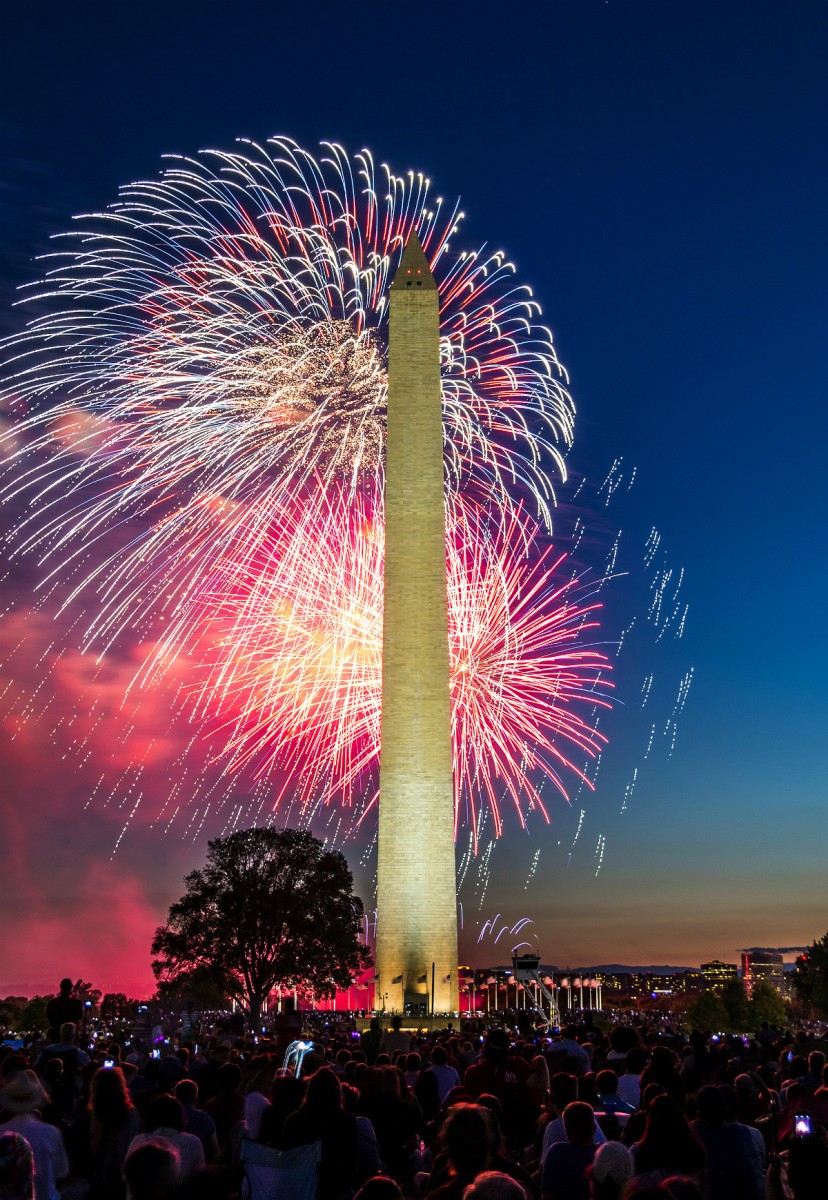 Fireworks by the Washington Monument. Photo by Nathaniel Gonzales (www.sharetheexperience.org).

It’s hard not to feel a patriotic thrill when you stand in the hallways and battlelines where American independence was born and bled for. By visiting these places -- and many other Revolutionary War sites -- and hearing their stories, we honor the memory of our nation’s founders and recommit ourselves to the highest ideals of our country.
Source: DOI