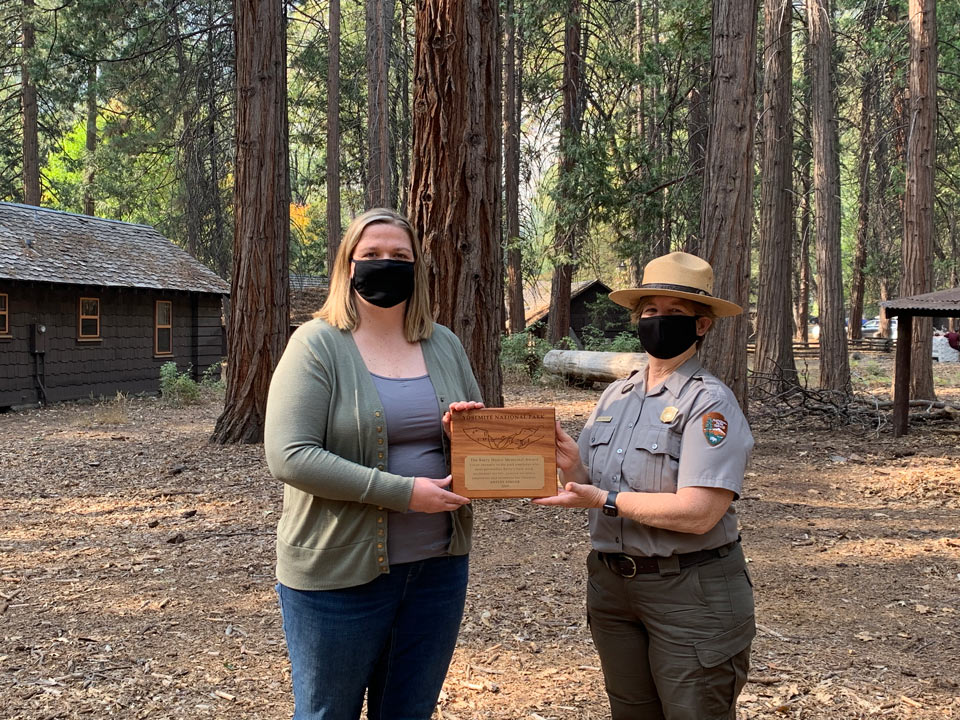 Ansley Singer embodies the qualities of the Barry Hance Memorial Award every single day. According to the Rangers who nominated her, “Ansley works wholeheartedly for Yosemite-as a park, a place, and a people.” As a park dispatcher, Ansley “spent over a decade literally caring for her co-workers and the park-tracking their whereabouts, the status of fires and sharing alerts for all.” As the current Management Assistant for the Visitor and Resource Protection Division, “Ansley Singer is great at building coalitions, collaborating with her peers, and working to address a wide variety of park needs, from building a portable web mapping system to collaborating with neighboring counties on public safety messaging, to developing a bicycle-sharing program. Ansley’s love for Yosemite and her peers can be felt every time she walks in the room.”

Ansley has spent most of her life living in and around Yosemite National Park. Her father worked in Yosemite and was based both in Wawona and El Portal. Ansley started her NPS career at the age of 14, working on a Youth Conservation Corps crew. She began her first permanent NPS job in 2002, working for the park’s dispatch office. In 2016, she transitioned to the Management Assistant role, where she is responsible for coordinating essential projects and managing core administrative functions for wilderness, fire, and Law Enforcement Rangers. Ansley has also served on many fire and other incident management teams as a Resource Unit Leader.

“Ansley Singer is a behind-the-scenes hero of Yosemite National Park. Whether she is monitoring the radios in dispatch, coordinating with park partners on new projects, ordering essential resources for a fire team, or developing new processes to improve administrative functions, Ansley is always focused on Yosemite’s visitors, employees, and how can she better serve her community,” stated Acting Superintendent Cicely Muldoon. “Ansley always has a positive attitude and we are honored to recognize her as the 2019 recipient of the Barry Hance Memorial Award.”