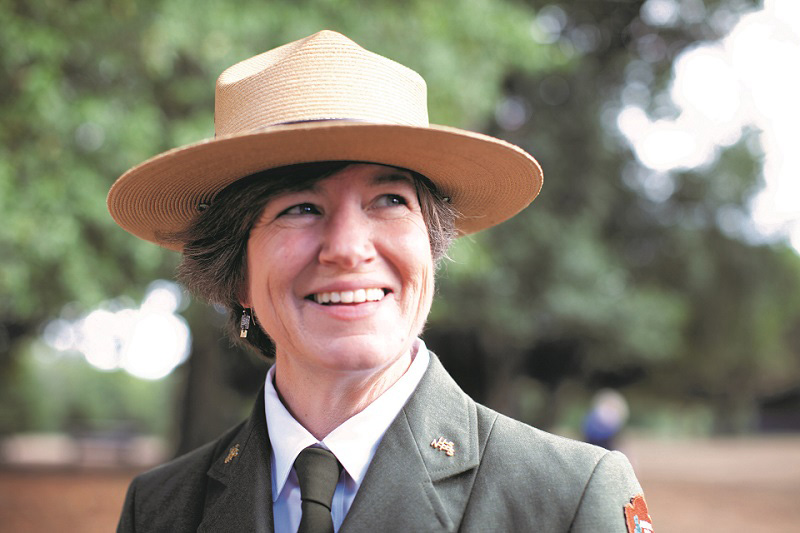 In her new role, Muldoon will oversee the 750,000-acre park and its 1,200 employees. Home to granite peaks, domes and waterfalls that overlook broad meadows, wildflowers and groves of ancient giant sequoias, Yosemite attracts more than four million visitors annually, who spend nearly half a billion dollars in nearby communities supporting over 6,000 local jobs.

“A childhood visit to Yosemite introduced me to national parks. It captured my imagination and my heart then, and still does. It’s the honor of my career to join the outstanding team of employees and partners who care for and love Yosemite as much as I do,” said Muldoon.

Prior to her acting position at Yosemite, Muldoon served for nearly 10 years as the superintendent at Point Reyes National Seashore— one of the most ecologically rich areas in the United States. At Point Reyes, Muldoon led historic investments and improvements to park infrastructure and built and strengthened relationships with local communities and elected officials to find commonsense solutions to managing the park’s complex array of resources, from designated wilderness to historic dairy farms.

Before her appointment at Point Reyes, Muldoon served for five years as a NPS deputy regional director based in San Francisco where she oversaw partnerships, visitor and resource protection, interpretation and education, wildland and structural fire and safety programs across the region. She also provided direct oversight of 10 parks including Death Valley, Joshua Tree and Lake Mead. Before serving as a regional official, Muldoon was the superintendent at Pinnacles National Park and earlier at San Juan Island National Historical Park.

A California native, Muldoon holds a Bachelor of Science in zoology from the University of California, Davis. She officially begins her new role on November 8.
Source: NPS