California Department of Water Resources on Water Year 2021: How Are We Doing? 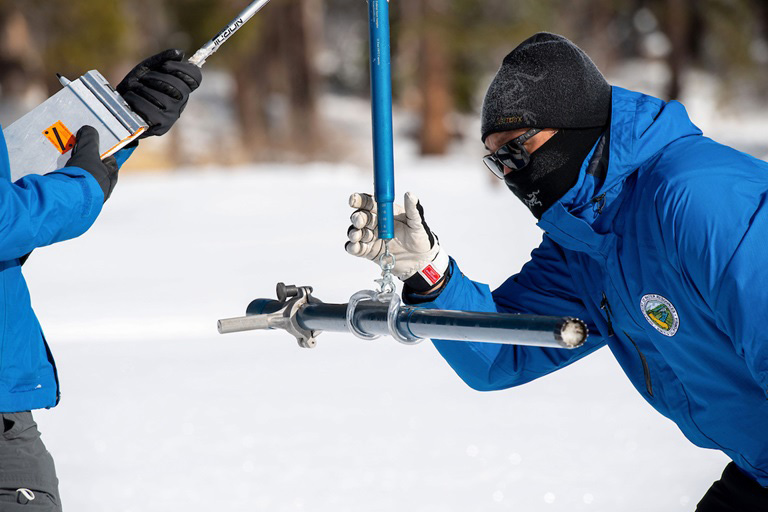 January 28, 2021 - By Jeanine Jones, DWR Interstate Resources Manager - We are now past the halfway mark in California’s normally wettest winter months, and the wet season to date has been anything but. Most of the state has received less than half of its average annual precipitation to date. Coming after a very dry Water Year 2020 these conditions are concerning. More precipitation will certainly occur in February and March, but will it be enough to erase the state’s large deficit?

As discussed in the first article of this series, the ability to accurately predict precipitation beyond the time horizon of a two-week weather model run is very limited and much research work remains to be done to improve longer-term forecasting.

The winter to date has been looking uncomfortably reminiscent of Water Year 2014, the third year of California’s most severe drought since the 1920s to 30s. The two most hydrologically challenging years of the 2012-16 drought – 2014 and 2015 – were also California’s second-warmest and warmest years in a record of more than 120 years.

Natural flow data for the major Sierra Nevada rivers are now tracking near those of 2014 and 2015, although this would improve if precipitation picks up. (Natural flows are values of streamflow calculated by adjusting measured streamflow values to remove the effects of diversion and reservoir operations. Natural flow data are important for water rights administration, especially during drought.)

Soon, DWR will be providing a new web tool to allow at-a-glance comparison of present water year natural flows to those of 2014-15. While we still have reason to hope that this water year will do better than 2014 or 2015, the odds of recovering from our dry start to a normal year are low.

Statewide reservoir storage is beginning to show the impacts of dry conditions, particularly in some important Northern California reservoirs such as Shasta Lake and Lake Oroville. The Colorado River Basin, an important supply for Southern California, is in the midst of a long-term drought with Lakes Mead and Powell both being at less than half of capacity.  The Colorado River has historically been a highly reliable supply for Southern California, and California water contractors will receive a full supply from the river this year. However, the basin’s long-term drought conditions increase the risk of a first-ever shortage in future years.

California’s frozen reservoir, snowpack in the Cascade Range and Sierra Nevada, is also lagging, particularly in the southern Sierra. With only about two months remaining until the typical peak of maximum snowpack accumulation at about April 1, snow water equivalent is running about half of average.

Although we cannot predict how much precipitation California will receive in the remainder of the wet season, it is time to assume that California’s Water Year 2021 will wind up dry and it will be important to plan accordingly. Looking further ahead, we must also think about preparing for the possibility of a dry Water Year 2022. 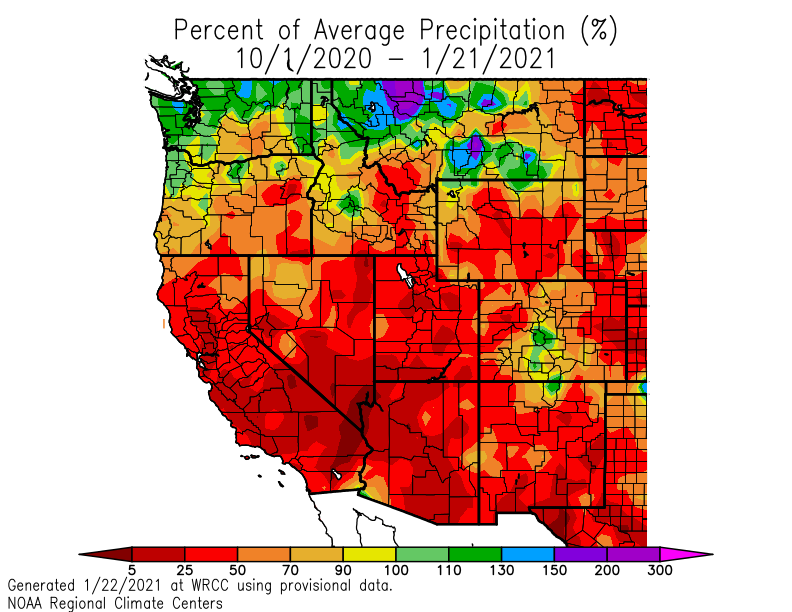