White House on the NATO Summit: Revitalizing the Transatlantic Alliance 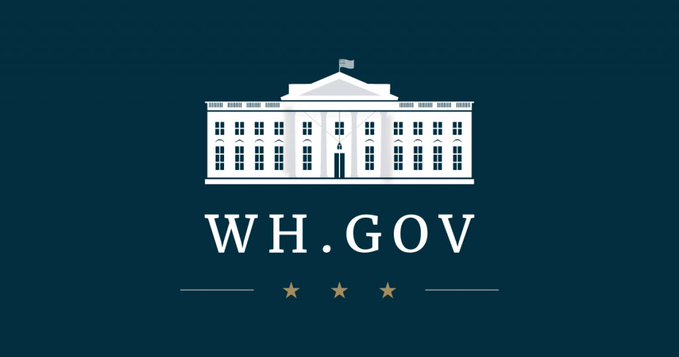 “The transatlantic alliance is the strong foundation on which our collective security and our shared prosperity are built.  The partnership between Europe and the United States, in my view, is and must remain the cornerstone of all that we hope to accomplish in the 21st century, just as we did in the 20th century… The United States is fully committed to our NATO Alliance… we’ll keep faith with Article 5.”

June 14, 2021 - President Biden will participate on June 14 in the NATO Summit in Brussels that brings together the leaders of all 30 Allied nations.  During the Summit, the President will reaffirm the enduring Transatlantic bond through NATO and underscore the United States’ ironclad commitment to Article 5 – an attack on one is an attack on all and will be met with a collective response.  Allied leaders will launch an ambitious set of initiatives to ensure NATO continues to provide security to our citizens through 2030 and beyond.

The Transatlantic relationship is built on a foundation of shared democratic values.  NATO’s strength comes not only from its military might, but also its unity and common purpose founded on respect for democracy, individual liberty, and the rule of law, as enshrined in the Washington Treaty.  Now in its 73rd year, NATO is the most powerful and successful Alliance in history.  NATO faced down the Communist bloc in the Cold War and today provides security for approximately one billion people in Europe and North America.  As NATO winds down its military presence in Afghanistan after nearly 20 years, the United States and our NATO Allies and partners will continue supporting the people of Afghanistan through civilian and security assistance.  The United States will also continue to stand shoulder to shoulder with our Allies and partners in NATO’s non-combat advisory mission in Iraq.

NATO played a pivotal role in coordinating the civilian response to COVID-19, airlifting hundreds of tons of critical supplies around the world and building almost 100 field hospitals, while maintaining its deterrence and defense posture.  This assistance is saving lives and proves that defense investment and capacity building increase our nations’ resilience in the face of all kinds of crises, not only against military threats.

A New Strategic Concept:  Allies will agree to revise NATO’s Strategic Concept, a framework that will guide the Alliance’s approach to the evolving strategic environment, which includes Russia’s aggressive policies and actions; challenges posed by the People’s Republic of China to our collective security, prosperity, and values; and transnational threats such as terrorism, cyber threats, and climate change.  The new Strategic Concept will be prepared for adoption at the NATO Summit in 2022.

Updating Cyber Defenses: Leaders will endorse a new Cyber Defense Policy for NATO that will strengthen Allied coordination to ensure the Alliance is resilient against the increasingly frequent and severe threats we face from malicious cyber activity perpetrated by state and non-state actors, including disruptive ransomware attacks against critical infrastructure.  This updated policy will also provide strategic guidance for NATO’s political, military, and technical cyber efforts to deter, defend against, and counter the full spectrum of cyber threats.  Leaders will also affirm the importance of defending our networks and ensuring Allies rely on trustworthy providers for next generation telecommunication networks.

Preserving our Technological Edge:  Leaders will affirm that NATO’s ability to ensure our common defense relies on maintaining our technological edge.  Allies will launch a Defense Innovation Accelerator to facilitate their technological cooperation and speed the adoption of emerging technologies that will enhance the Alliance’s defense and security.

Combatting Climate Change:  Leaders will agree to a Climate Security Action Plan and set the ambition for NATO to become the leading international organization for understanding and adapting to the impact of climate change on security.  They will agree to reduce greenhouse gases from military activities and installations in line with national commitments under the Paris Agreement, and agree to initiate a regular high-level global climate and security dialogue.

Strengthened Deterrence and Defense:  Allies will commit to implementation of new military concepts and strategies that strengthen NATO’s deterrence and defense posture to meet threats from Russia and elsewhere.  NATO also continues to monitor the Russian deployments in and around Ukraine.

Greater Sharing of Responsibility:  Non-U.S. defense spending has risen for seven consecutive years since the Wales Defense Investment Pledge adopted during the Obama-Biden Administration in 2014.  Allied leaders will recommit to the Wales Pledge in its entirety and to providing NATO with cash, capabilities, and contributions of ready forces.

Investing in NATO:  Allies will also commit to ensuring NATO is led, staffed, and resourced at levels necessary to deliver on the decisions taken at the Summit.  Leaders will agree to identify the additional resources, including through NATO common funding, to enhance NATO’s ability to meet security challenges today and in the future.

Increased Consultation and Cohesion:  Allies will commit to enhance political coordination at NATO on all matters related to their individual and collective security.  Leaders will also reaffirm their commitment to their common values, including individual liberty, human rights, democracy, and the rule of law.

Stronger Societies:  Recognizing the increasingly complex threats to our security, Allied leaders will affirm that national and collective resilience are essential for credible deterrence and defense, and vital to safeguard our societies, citizens, and shared values.  Allied leaders will issue a Strengthened Resilience Commitment to outline future priorities, including on the security of supply chains, critical infrastructure, and energy networks, as well as preparedness for pandemics and natural disasters.

Deeper Partnerships:  Allies will enhance NATO’s ability to strengthen the rules-based international order by increasing dialogue and practical cooperation with the Alliance’s partners, including the European Union and those in the Indo-Pacific (Australia, Japan, New Zealand, and the Republic of Korea).  Leaders will recommit to NATO’s Open Door Policy, which provides a path to membership for any European country that shares our values and meets the necessary responsibilities and obligations.
Source: Office of the White House