May 4, 2021 - SACRAMENTO - Dr. Richard Pan, pediatrician and state senator representing the Sacramento region, made the following statement against death threats made by local a podcaster that went on 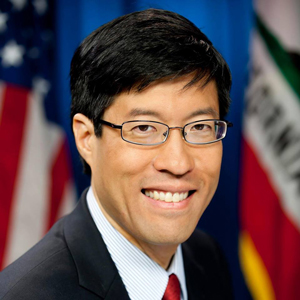 for months without consequence, that included, “That gal should be set up against a wall and shot after this is over”, “Somebody should just smash her car, bust her up, and send her out of town”, and “These people need to be taken out and shot – Fauci, Birx Phoung Luu – the whole bunch of them”.

“As a physician, State Senator and Chair of the California Senate Committee on Health, I condemn the personal attacks and vitriol, including death threats, directed at Yuba-Sutter Public Health Officer, Dr. Phoung Luu. Dr. Luu bears the responsibility of protecting the citizens of Yuba and Sutter counties from public health threats including COVID-19, which has killed over 60,000 Californians and hospitalized many more in a little over a year. The people of Yuba and Sutter counties should no more tolerate this intimidation of a public safety official than they would tolerate death threats against firefighters and police officers for enforcing firework bans during wildfire season.

Since the beginning of the COVID pandemic, eighteen public health officers and health directors have resigned or retired, many in the face of personal threats against themselves and their families. This harassment, frequently with misogynistic overtones, has been directed particularly against women in public health. In addition, we have also witnessed a sharp rise in hate incidents and murders against Asians accompanied by racist or violent rhetoric.

Dr. Luu is doing her job as a public servant following the science, and as the first Asian woman to serve as the Bi-County Health Officer, we should be concerned for the safety of Dr. Luu and her family.

While Yuba County has filed a restraining order against the person inciting violence and is providing armed security, Dr. Luu should not have to do her job and live her life under repeated threats of violence. The District Attorney and Sheriff should investigate what I believe are violations of California Penal Code Section 422 against the Bi-County Public Health Officer.”
Source: Senator Dr. Richard Pan