Update: Be Ready, Butte! is brought to you by Butte County Fire Safe Council CAL FIRE/Butte County and CAL FIRE to help you get ready, set, go when wildfire strikes.

Evening Update Per CAL FIRE: California Dixie Fire is at 705,000 Acres, with 35% Containment, and 5,734 personnel assigned for Friday evening. 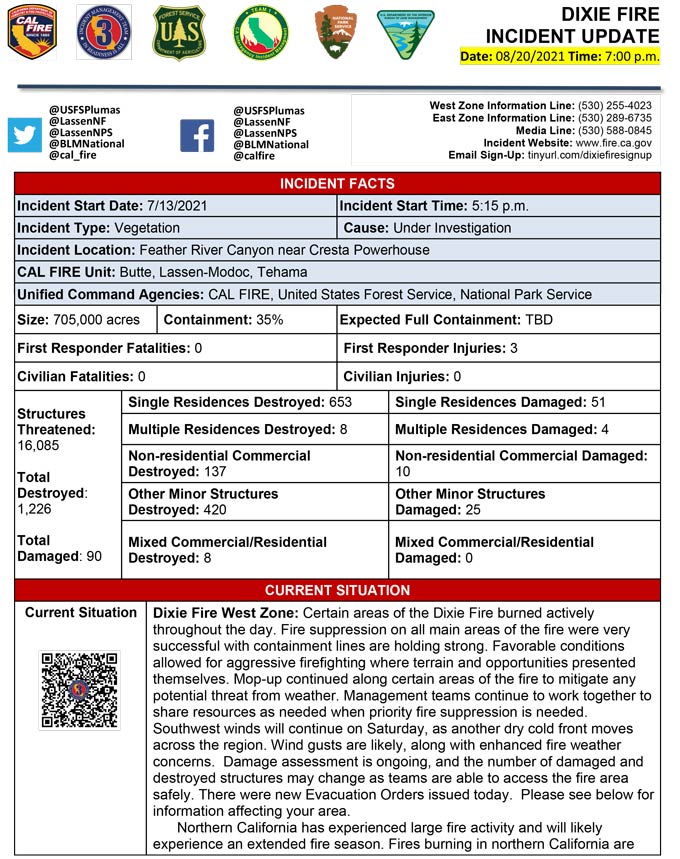 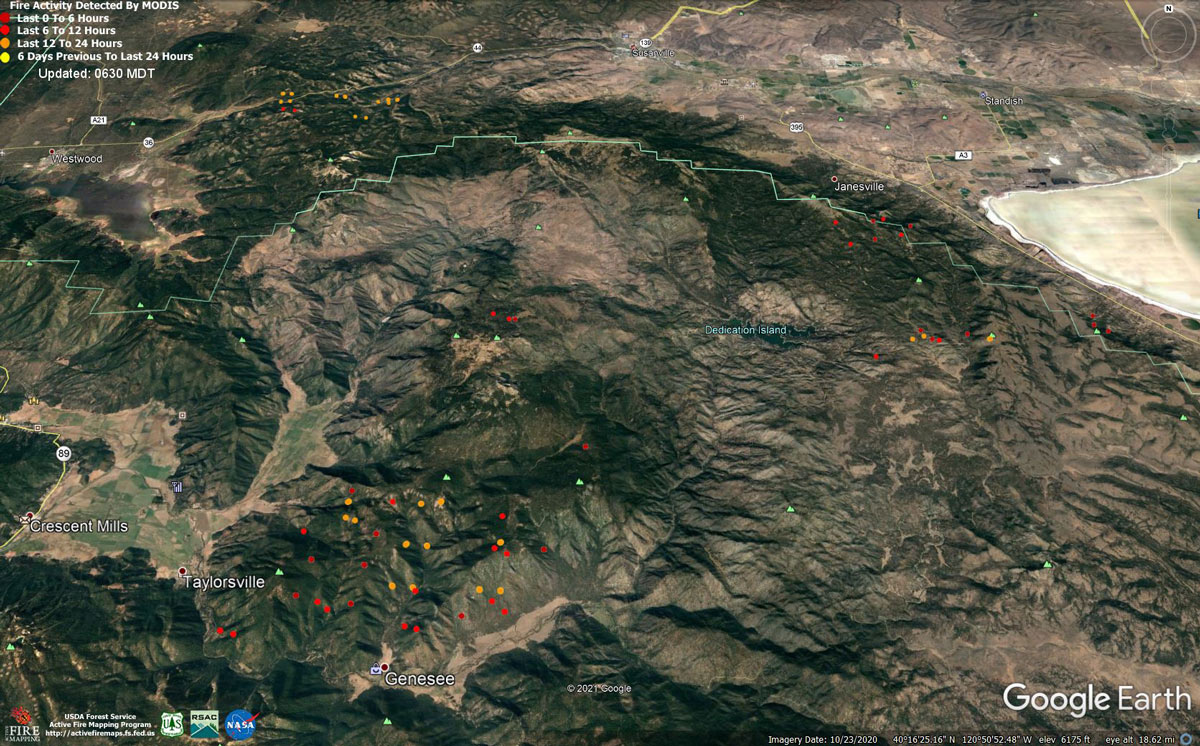 Update: August 20, 5:15 PM Operational Update: Aircraft are now unable to fly over the Genesee Valley due to bad air. Five strike teams of engines (each strike team has 5 engines) are enroute to the area, while firefighters already on the ground are engaged in a firefight and doing point protection. Point protection means efforts are made to protect individual points like structures, instead of fighting the whole fire front. Due to a significant wind out of the north, there are currently multiple spots across Genesee Valley Road.

Update: Smoke/Air Quality Outlook for the Dixie Fire in the Eastern Sierra for Friday, August 20

The Dixie Fire started on July 13th. The fire is burning on the Plumas National Forest, Lassen National Forest, Lassen Volcanic National Park, and in four counties: Butte, Lassen, Plumas, and Tehama. The Fly Fire started on July 22nd and was managed under the Dixie Fire East Zone command as the two fires eventually merged into one. The drought, combined with dry, hot weather and strong winds, has resulted in very active fire behavior.

The fire has resulted in structure damage, evacuation orders, and evacuation warnings. Many roads are closed, as are the national forests. Air quality in the nearby communities has been unhealthy due to smoke.

The Dixie Fire remained active overnight, with the dry air over the fire. Fire activity included both single and group tree torching along the active ground fire. Humidity values rose enough to limit fire progression in the early morning hours. Fuel moistures are historically low. Crews continue to strengthen control lines and mop up hot spots. Damage assessment is ongoing, and the number of damaged and destroyed structures may change as teams are able to access the fire area safely. Please see below for information affecting your area. ​

Dixie Fire East Zone:
Aircraft with retardant, dozers, and crews maintained aggressive engagement on the portion of the fire near Janesville. Firefighters are being challenged by spots outside the line and steep, inaccessible terrain. Aircraft will be utilized today as weather and visibility allow. In an additional priority area, fire continues to back down the hill on the north side of Genesee Valley. All available resources are improving lines around structures and preparing to conduct point protection. The spot fire in the Devil’s Punchbowl north of Grizzly Peak is on steep inaccessible terrain and remains in its current footprint of 30 to 40 acres after aerial retardant application. Dozers, feller bunchers, and other equipment are constructing line on Grizzly Ridge to prepare for any fire movement south of the spot fire. 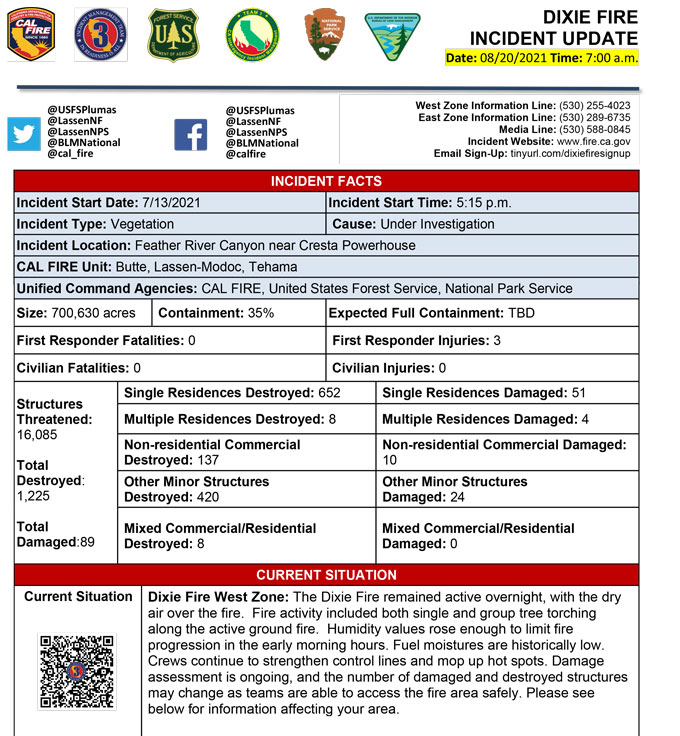