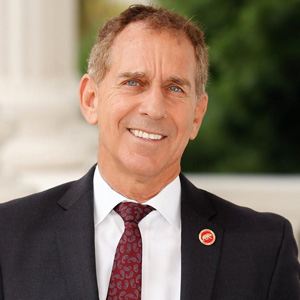 “This is a huge step forward for any homeowner who is thinking of building an ADU,” said Wieckowski, the author of 2016 legislation that helped streamline ADU development in California. “This bill directly targets the biggest remaining obstacles they face – excessive developer impact fees, owner occupancy requirements that are not levied on any other types of housing, and ordinances that are not in compliance with state law. It also provides a path to bring unpermitted units up to code.  We are in a housing crisis and we should support those homeowners who choose to expand the supply of housing. I appreciate the bipartisan support and the growing coalition that is backing SB 13.”

The University of California’s Terner Center of Housing Innovation stated that development fees are one factor preventing the construction of ADUs. The Terner Center found that fee waivers spurred ADU development in Portland, a city with a large number of ADUs. At an informational hearing earlier this year, the state Department of Housing and Community Development also cited owner occupancy requirements and excessive developer impact fees as two large barriers hindering construction of ADUs.

Vinit Mukhija, chair of the Department of Urban Planning in the Luskin School of Public Affairs at UCLA, spoke in support of SB 13, noting that previous ADU legislation has sparked more development of the units in Los Angeles.  But more must be done to meet the public’s need for housing.

“In the absence of SB 13, we will continue to see unpermitted, unregulated units,” Mukhija said.  “Without supportive rules, we are pushing the market for ADUs underground.”

Steve Vallejos, owner of Prefab ADU, has been building ADUs for over a decade. He said they provide more affordable housing and should not be subjected to exorbitant fees, noting that home additions are not assessed.  Instead, “it’s the affordable housing solution that is being hit with impact fees.”

The bill now goes to the Assembly Appropriations Committee.