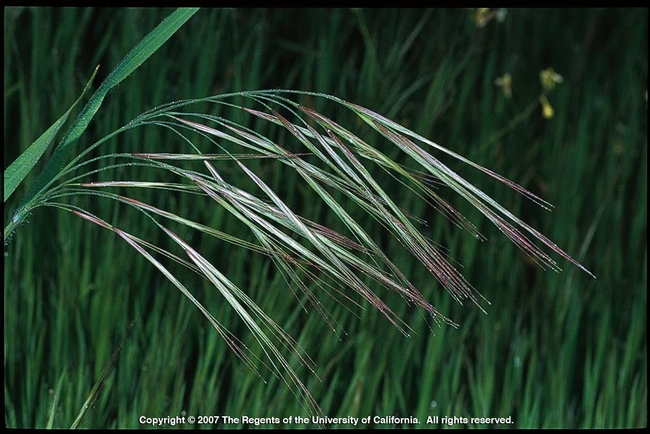 July 23, 2019 - By Pamela Kan-Rice - When wildfires burn in California, people often call them forest fires or brushfires, but the odds are high that an invasive weed is an unrecognized fuels component, says a UC Agriculture and Natural Resources scientist.

“We have all of the nasty non-native Bromus species here in California, and these weeds are key drivers of increasing fire frequency,” said Travis Bean, UC Cooperative Extension weed science specialist based at UC Riverside.

“When you have understory of dry Bromus or other weedy grasses, their ease of ignition can allow fire to spread from areas like roadsides where ignition sources are plentiful to more pristine native plant communities,” Bean said. “Additionally, these fast-moving fires can throw embers that allows the fire to jump long distances or even reach high into the air, igniting structures.” 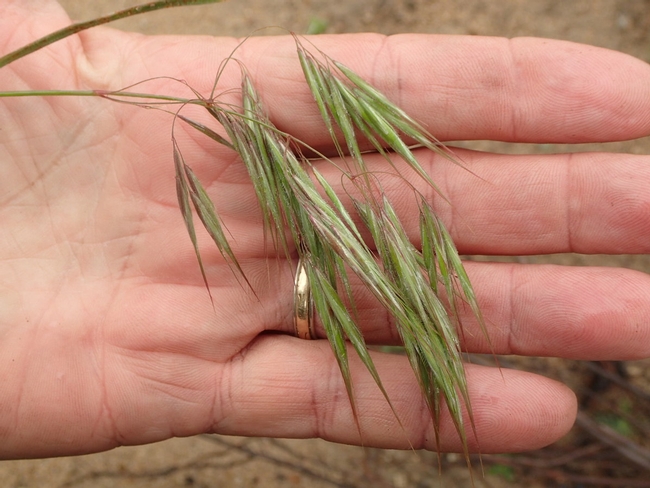 The key to reducing the spread of invasive, non-native Bromus species or any annual weed is preventing the plants from producing seeds, says Travis Bean. Bromus tectorum or cheatgrass shown. Photo by Ron Vanderhoff

Bean would like to see the fuels in wildfires identified so people have a chance to consider managing them to mitigate the increasing frequency of catastrophic wildfire across the state.

“On a landscape scale, I would focus on managing Bromus anywhere human-caused ignitions occur,” Bean said. “Resources for management are scarce, and these species are widespread and can't be controlled everywhere they occur. Roadsides, hiking trails, and campgrounds are critical areas where people can start fires that spread, so It makes sense to concentrate management there.” 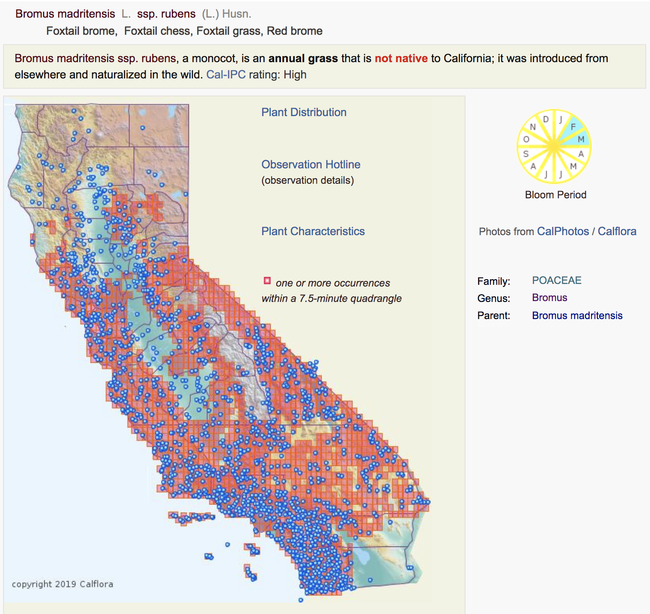 “When I talk to land managers about these species, they recognize that some areas will have to be sacrificed and it may not be possible to eliminate these species from the landscape,” Bean said. They are prioritizing areas with smaller invasive populations where there is an actual chance to eliminate them, or are managing larger populations for containment so they don't spread.”

The key to reducing the spread of invasive, non-native Bromus species or any annual weed is preventing the plants from producing seeds, Bean said. “Whatever control method you chose, if deployed too early or too late, you gain nothing for considerable expense.” Too early and the plants may simply resprout, while too late and they will have already set seed and further contributed to next year's weed crop.

Herbicide is an effective and inexpensive means of control, though many prefer non-chemical methods. Hand pulling can be effective in small areas, but is discouraged for large patches due to the sheer amount of labor required and risks of actually spreading the weed seeds. 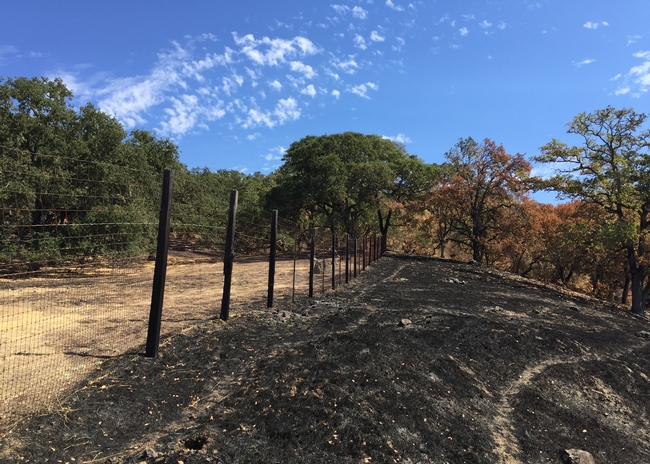 At Hopland Research & Extension Center, the River Fire burned right up to the fence line, stopping at the grazed pasture on left.

Another way land managers can try to prevent the weeds from spreading is by mowing or grazing with goats, sheep or cattle, Bean said, adding that using livestock can require more intensive management and proper timing is critical.

“For mowing and grazing, the key is to wait until the plants have started to flower, but the seeds are not mature,” Bean said. “If you mow when there's mature seed, you'll just spread the seed and make the problem worse. And once the seedheads mature, grazing animals won't eat it.”

Prescribed fire is another option for containing invasive grasses, but is generally discouraged as there's a very high chance of exacerbating the problem. These Bromus species are very fire-adapted and tend to increase following burns. Prescribed fire should only be used by professional land managers. If this strategy is used, a burn plan, permits and training are essential. If not done correctly, prescribed burns may escape control and become wildfires, producing smoke that impairs visibility on highways, impacts air quality and human health, and damages native vegetation. 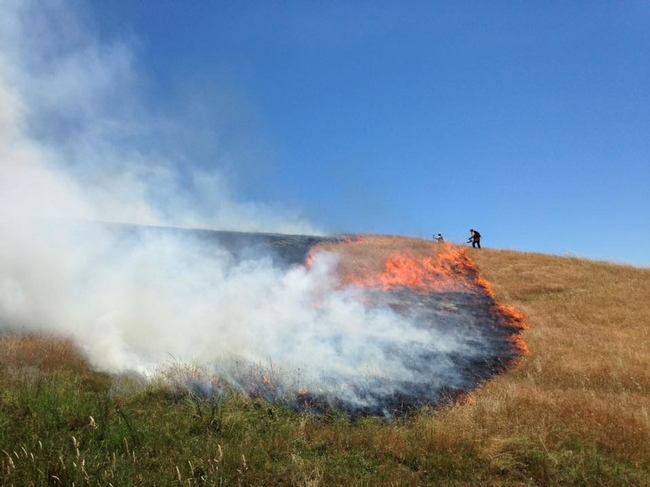 Prescribed fire is an option for containing invasive grasses, but may exacerbate the problem. A burn plan, permits and training are essential.

“Timing is everything,” Bean said, explaining the temperature difference between the plant and soil surface. “The grass has to be dry enough to carry fire, but not so dry that the seeds have fallen from the plant to the soil surface, where temperatures are much cooler than just a few inches up in the air where the seedheads are. Some research has shown this strategy to have been successfully used for certain invasive grasses like barb goatgrass (Aegilops triuncilias), but is not recommended for Brome species.”

He expects the changing climate to lead to more invasive plant species. “Invasive plants can be more resilient during drought and can quickly bounce back when rain returns, overwhelming natives,” Bean said. “And invasive species are often key drivers of wildfires and increasing fire frequencies and intensities, which prevents the recovery of native plants.“
Source: UC ANR