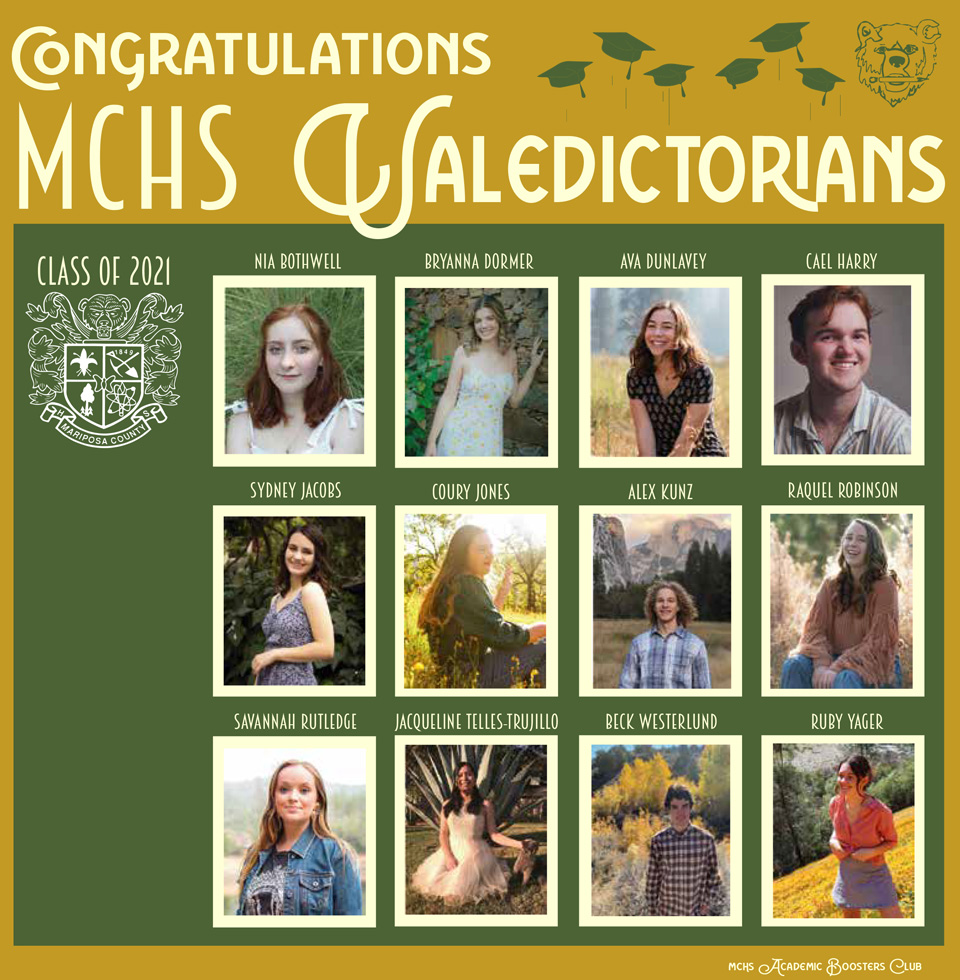 May 28, 2021 - The MCHS Academic Boosters Club was thrilled last Thursday, May 27, to get back to hosting an in-person celebration of some of the hardest working, dedicated, and bright-minded students at Mariposa County High School: the valedictorians.

These students earned the title of valedictorian by taking the most rigorous courses offered at MCHS as determined by the classes available upon entry as freshmen. Their course load included four years of math, four years of science with three being lab sciences, three years of the same foreign language, Advanced Placement (AP) English Literature and AP English Language, and all honors and AP classes available to the student. Valedictorian students must earn a “B” or higher in all classes and maintain a weighted GPA of 4.0 or higher.

Following all Mariposa County Health Department guidelines, the 2020-2021 MCHS valedictorians were treated to a meal on the outdoor patio at River Rock Inn.

The dinner was sponsored by the MCHS Academic Booster Club (ABC) with support from Yosemite Bank. In addition to dinner, ABC gave the valedictorians Visa gift cards, commemorative booklets for themselves and their families, a succulent plant, and cards of congratulations. They also received beautiful medallions from MCHS.

The Master of Ceremonies, Laura Lynn La Notte-Hays, began the evening with some heartfelt words of wisdom. The guest speaker was Leigh A. Bernacchi, MCHS class of 2000.

From Woodland to Mariposa High, raised in the Sierra Nevada foothills, Bernacchi has always been passionate about the environment. After college, Leigh worked as a park ranger in Sequoia, Denali, and Yosemite national parks. The experience led her to pursue a PhD in Wildlife and Fisheries Sciences from Texas A&M University. Trained as a social scientist with an emphasis in environmental communication, Leigh is an expert in complex team science and has worked in higher education. In 2015, she returned to the region she loves the most to work at the first American research university of the 21st century, University of California, Merced. Leigh serves as program director of an Institute of Science and Innovation, the Center for Information Technology Research in the Interest of Society, and the Banatao Institute. She facilitates diversity and education programs, manages research proposals, and handles communications, including UCTV Sustainable California, and her current project is building the UC Merced Experimental Smart Farm. Her research focuses on accessibility to natural resources. In 2021, she published the Moon Travel Guide to Sequoia and Kings Canyon National Parks. To relax, Leigh goes birdwatching and hiking with her daughter, reads, gardens, and likes to spend time in Mariposa.

Principal Celeste Azevedo ended the evening by speaking about how much celebrating these scholars’ accomplishments means to her every year and wishing them all the best in the years ahead.

It was a special, touching evening that ABC was happy to host. Special thanks to River Rock Inn for providing their patio space and for catering, Yosemite Bank for providing financial support, Sierra Sister Designs for designing the commemorative pamphlet and providing the program and note cards, Combs Printing for printing the pamphlets, and Creekside Nursery for the succulent plants given to the students. 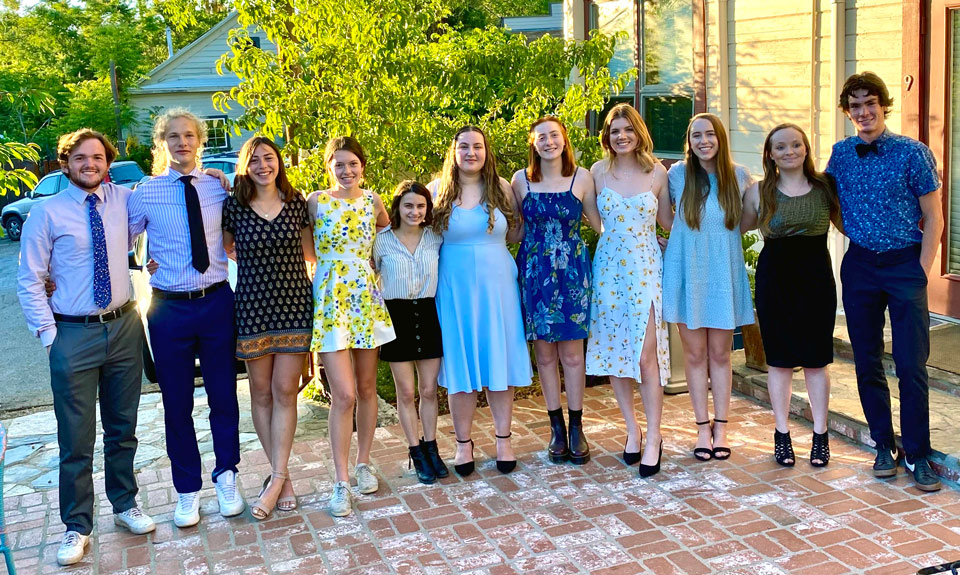 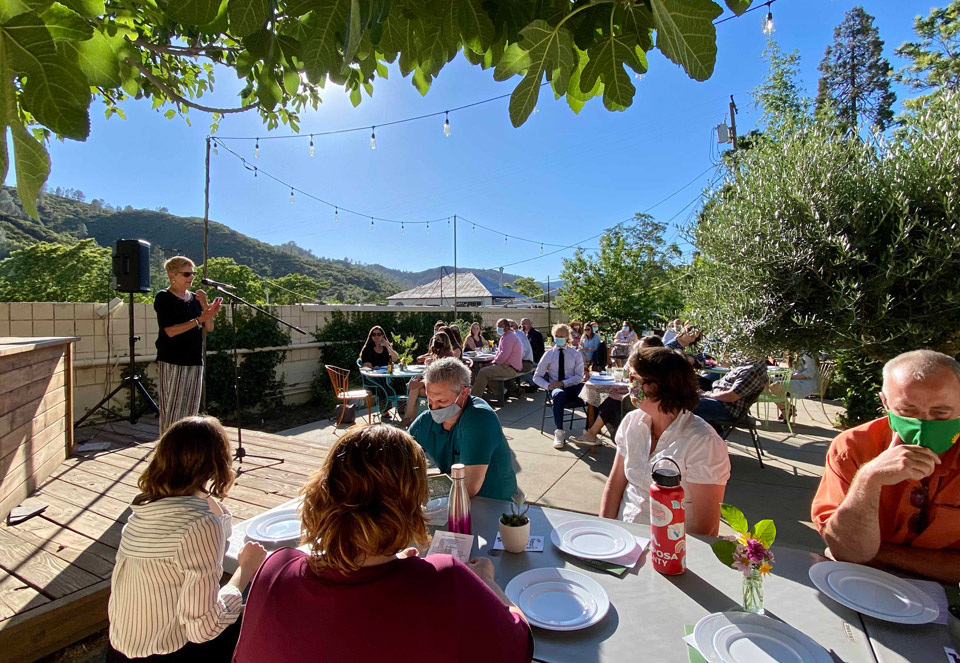 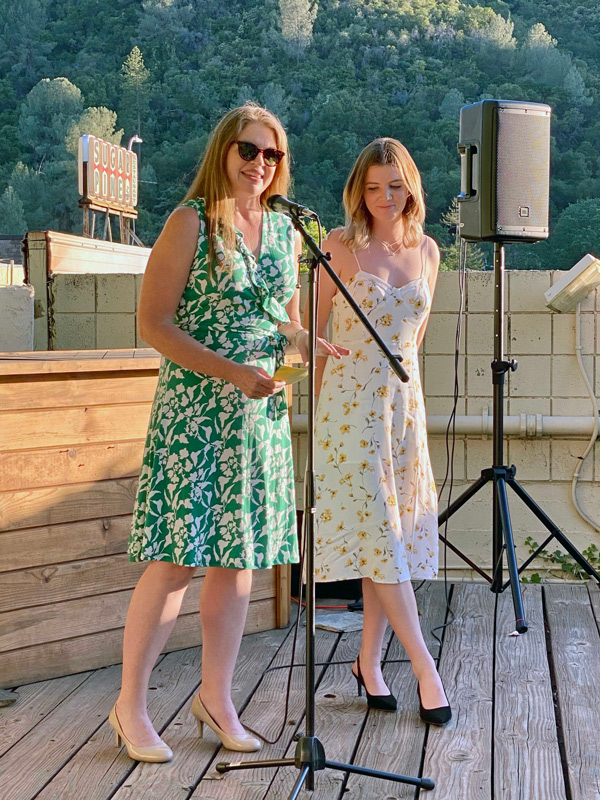 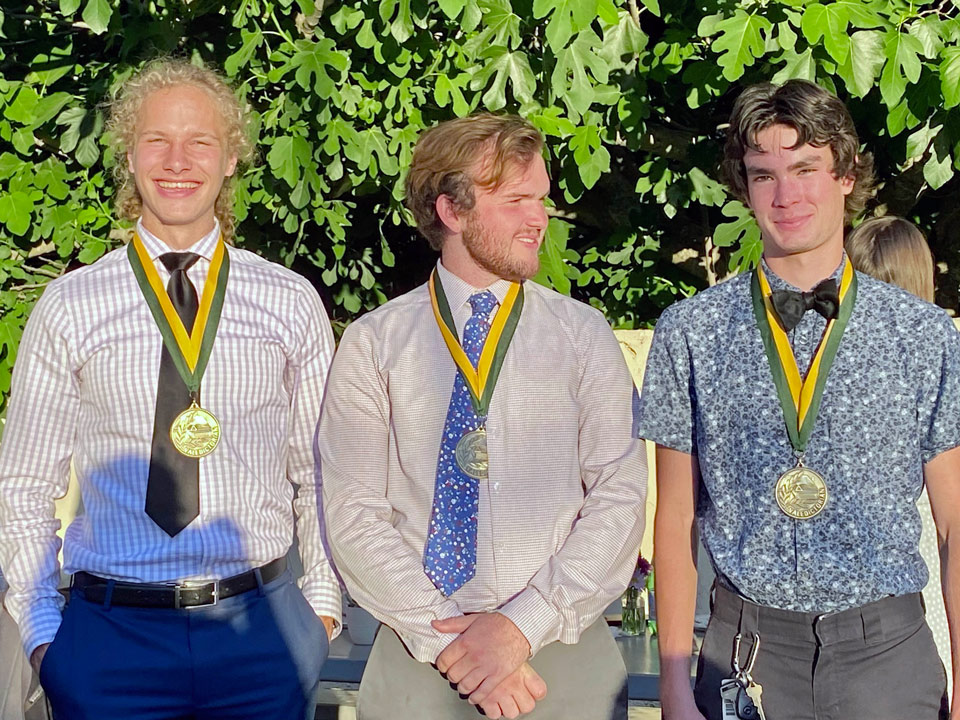 About the class of 2021 Valedictorians

Nia Bothwell
My experience these past four years has been brimming with growth and the tools for success. During high school, I was involved in many activities including: “The Beauty & the Beast” and “The Lion King Jr.” productions, mentoring After School Program ceramics, and volunteering with Friends of Hospice and the Arts Council. I also participated in French, Art, and Drama clubs. I plan to attend Merced College, majoring in Studio Arts. Mentor: Karen Mentzer

Bryanna Dormer
I saw my high school experience as an opportunity to learn about myself and my own interests. Countless hours spent in sports, clubs, and academics, as well as being around supportive and loving friends has been foundational in shaping my ideal path for the future. I plan to attend CSU Monterey Bay and pursue a career in Radiology. I will also be seeking programs to study abroad. Mentor: Brooke Dobson

Ava Dunlavey
Throughout my involvement in Spanish Club, CSF, Track and Field, ASB, Environmental Club, Academic Decathlon, and Women's Soccer, I have created some of the most memorable experiences of my life. My time at MCHS has shaped who I am today, and the endless support I have received from friends, teachers, and coaches has pushed me forward in my future endeavors. I plan to attend UC Santa Cruz in the fall with a proposed major of Earth and Planetary Science and am pursuing an internship at Caltech/NASA over the summer. Mentor: Adam Finney

Cael Harry
At various times during high school, I was an active member of Natural Helpers, Environmental Club, Spanish Club, California Scholarship Federation, and the Associated Student Body. I also played varsity soccer all four years and golf two years. Outside of school, I enjoyed my time with my friends fishing, skating, skiing, sledding, and all other things outdoors. I will be attending UC Berkeley, majoring in Chemistry. Mentor: Jonathan Harry

Sydney Jacobs
Throughout high school, I have been involved in clubs and extracurriculars such as Rotary Interact, Spanish, Associated Student Body, and Mock Trial. After high school, I will be attending Grinnell College where I plan on double majoring in Spanish and Political Science. Mentor: Leigh Westerlund

Coury Jones
During my high school years, I was involved in many clubs and activities like French Club, Rotary, California Scholarship Federation, and French Honors Society. I participated in varsity swimming for three years and swam year round outside of school. I plan on attending Merced College, majoring in French. Mentor: Brooke Dobson

Alex Kunz
I am excited to be able to call myself a MCHS graduate. Being a kid from Yosemite I've always liked to stay active and adventurous which is why I have integrated fishing, skating, soccer, and other sports into my schedule of persistent academic studying. I like to keep life exciting by learning new things and challenging myself. I will be attending UC Davis, majoring in Undeclared Life Sciences. Mentor: Janis Kunz

Raquel Robinson
I tried out a variety of activities and sports during high school. I played volleyball and was a part of track and field my freshman year, but due to back surgery, sports were not an option after this. I also participated in CSF, Mock Trial, and Spanish Club. I was a four year member of FFA, competing on the Parliamentary Procedure team which taught me critical thinking and how to create a persuasive debate. I co-founded the Mariposa TPUSA chapter. I will be attending Liberty University, majoring in Criminal Psychology. Mentor: Kendall Robinson

Savannah Rutledge
The past four years have been an amazing experience for me. I have been involved in Art Club, the California Scholarship Federation, and the National Society of High School Scholars. After completing Merced College, I will be attending Northern Arizona University where I plan to major in English to become a teacher. Mentor: Adam Finney

Beck Westerlund
Growing up in Mariposa has been a thoroughly rewarding experience. From river days to rainy soccer games, I can honestly say I am never bored. I have played soccer all four years of high school and I ran track for two. I also enjoy skateboarding and playing/listening to music. I will be attending California Polytechnic State University in San Luis Obispo with a major in Environmental Engineering. Mentor: Alex Keeton

Ruby Yager
During high school, I started an environmental club, was active in the Associated Student Body, and was a captain of the school soccer team. I will be attending Williams College in Massachusetts this fall. I plan on exploring literature, physics, and political science on campus before selecting a major. I am grateful to all of my teachers and friends who have helped me get to where I am. Mentor: Hayley Ballerini